A 71-year-old male pedestrian has died, after he was struck by vehicle in Makawao on Saturday night, police said.   The collision occurred as the man was walking on the makai shoulder of the roadway and was struck by a vehicle traveling westbound. The vehicle failed to stop and fled the scene prior to police arrival. The vehicle involved was located by police shortly after and the operator, identified as a 66-year-old Pukalani man, was placed under arrest and later released pending further investigation.  The full story is posted in the following LINK.

Maui police have closed a portion of Makani Road in Makawao due to a motor vehicle accident involving a pedestrian.  The accident was reported shortly after 7 p.m. on Saturday, Feb. 9, 2019.

Motorists are advised to use alternate routes.  Emergency responders are on scene.

*Please check back for more details, which will be posted as they become available. 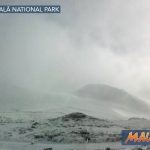 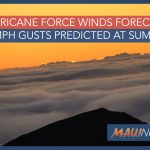