Travel resource AAA has announced the Hawai‘i restaurants rated as Four and Five Diamond for 2019, including four on Maui.  32,000 restaurants were inspected and approved around the U.S., Canada, Mexico and the Caribbean, but only 67 of them, or 0.2%, received the distinctive AAA Five Diamond Rating® this year.  O‘ahu restaurants Chef Mavro and La Mer in the Halekulani made that list, as long-time repeat winners.  Chef Mavro was first rated in 2008, while La Mer first received the rating in 1990.

To qualify for the Five Diamond Rating, a restaurant will consistently provide leading-edge cuisine of the finest ingredients, uniquely prepared by an acclaimed chef and served by expert service staff in extraordinary surroundings.

“Attaining the AAA Five Diamond rating is an impressive accomplishment,” says Liane Sumida, general manager of AAA Hawai‘i. “Guests want to be wowed on multiple levels, so exceptional service is also important, but they’re not necessarily looking for all the formalities that were once synonymous with fine dining.”

AAA Four Diamond restaurants are also an exclusive group, offering distinctive, creatively-prepared cuisine, skillfully served in a notable environment. A total of 665 restaurants, or 2.1%, of AAA Inspected & Approved restaurants made the AAA Four Diamond list, including The Banyan Tree in Kapalua, Spago in Wailea, The Restaurant at Hotel Wailea and The Mill House in Wailuku.

The Restaurant at Hotel Wailea (first rated in 2016)

Learn more about the announcement at the AAA Hawai‘i website. 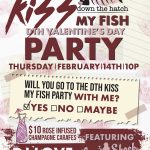 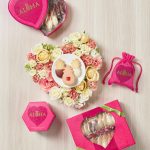 Valentine's Menus & Offers at The Shops at Wailea