U.S. Sen. Brian Schatz (D-Hawai‘i), co-chair of the Senate Climate Action Task Force, led a group of 14 senators in calling on President Donald Trump to abandon plans to form an internal group within the White House with the task of refuting the clear scientific consensus about the growing threat climate change poses to our national security and economy.

“Allowing a fossil fuel industry-funded climate change denier and other climate skeptics to conduct an ‘adversarial peer review’ of recent climate science will create an environment of inaction that needlessly threatens our national security,” the senators wrote. “We respectfully ask that you do not move forward with this plan.”

In their letter to the president, the senators slam the reported chair of the internal group, Dr. William Happer, for past statements denying climate change and comparing efforts to curb carbon dioxide emissions to the Nazi persecution of the Jewish people. The senators also highlighted reports from the U.S. intelligence community and the Department of Defense that outline the serious risk climate change poses to our national security.

The full text of the letter follows:

We are writing to express concern about the White House National Security Council (NSC) plan to create an internal “ad hoc group of select federal scientists” to “reassess” climate science. Climate change is widely acknowledged to be a global threat, and enabling climate skeptics to undermine the views of our nation’s scientific leaders on this critical issue is dangerously misguided for both our national and economy security.

We were initially alarmed by the draft executive order that would have established a Presidential Climate Security Committee, to be chaired by NSC senior director William Happer. Dr. Happer’s statements about climate change leave no doubt that he denies the overwhelming body of scientific evidence on the topic. He has argued that a “cult has built up around climate,” a development he thinks is “terrible for science.” He has a long history of working with and taking funding from fossil fuel industry front groups, including the Heritage Foundation, The Heartland Institute, and the Competitive Enterprise Institute. Before joining the White House, Dr. Happer headed a climate denial group called the CO2 Coalition whose major funders were foundations tied to the Mercers and the Kochs, two billionaire families opposed to climate action. He also wrote in a January 2017 email that the “demonization of CO2 and people like me who come to its defense… differs little from the Nazi persecution of the Jews, the Soviet extermination of class enemies or ISIL slaughter of infidels.”

We are even more concerned about the new idea for an ad hoc group that would not be subject to any rules regarding public disclosure and oversight, with Dr. Happer presumably continuing in an active role. The creation of this group is at direct odds with the U.S. intelligence community’s conclusion in the January 2019 Worldwide Threat Assessment that “global environmental and ecological degradation, as well as climate change, are likely to fuel competition for resources, economic distress, and social discontent through 2019 and beyond.” Climate-related extreme weather will threaten “infrastructure, health, and water and food security,” and damage “communication, energy, and transportation infrastructure.” The U.S. Department of Defense (DoD) also concluded in 2014 that “climate change will affect the Department of Defense’s ability to defend the nation and poses immediate risks to U.S. national security.”

Since January 2017, the Center for Climate and Security—a nonpartisan institute of the Council on Strategic Risks—has counted 21 senior officials who have publicly voiced concerns in their official capacity about the impacts of climate change upon global and national security. General Joseph Dunford, chairman of the Joint Chiefs of Staff, said in November 2018 that climate change will cause “great devastation requiring humanitarian assistance [and] disaster relief,” and will be a source “of conflict around the world.” The former Secretary of Defense, Jim Mattis, said in written testimony to the Senate Armed Services Committee that “climate change is a challenge that requires a broader, whole-of government response,” and acknowledged that “climate change is impacting stability in areas of the world where our troops are operating today.”

The Government Accountability Office, in a December 2018 report to congressional committees on long-range national security threats, said that climate-related extreme weather like hurricanes and megadroughts “could intensify and affect food security, energy resources, and the health care sector.” The report concludes that “tensions over climate change will grow,” since “more extreme weather, water and soil stress, and food insecurity will disrupt societies” and “sea-level rise, ocean acidification, glacial melt, and pollution will change living patterns.”

Experts have been warning policymakers about the national security implications of climate change for years. In 2007, the Council on Foreign Relations cautioned that climate change “presents a serious threat to the security and prosperity of the United States and other countries,” threatening to “overwhelm disaster-response capabilities” and “cause humanitarian disasters, contribute to political violence, and undermine weak governments” globally. In 2008, the Brookings Institution hosted a representative from then-U.K. Prime Minister Gordon Brown’s government for a discussion on how climate change constitutes “the next global security threat.” The RAND Corporation warned in 2016 that “climate change poses risk to the Department of Defense’s readiness, operations, and strategies,” and that all DoD activities “will need to respond or adapt” if readiness is to be maintained. To that end, RAND noted that “many elements” of DoD “have taken steps to begin dealing with the implications of climate change and have published reports, directives and other documents to guide department actions.”

In January 2019, more than 80 U.N. member states spoke at a day-long Security Council meeting at which “virtually everyone except the United States agreed that climate change was happening.” To underscore the gap between the United States and the international community on this issue, on the very same day the original draft executive order establishing the Presidential Climate Security Committee came to light, senior military leaders from around the world formed the International Military Council on Climate and Security, a network focused on the security impacts of climate change. The United States’ refusal to acknowledge the impacts of climate change alienates our country from the international security community.

Allowing a fossil fuel industry-funded climate change denier and other climate skeptics to conduct an “adversarial peer review” of recent climate science will create an environment of inaction that needlessly threatens our national security. We respectfully ask that you do not move forward with this plan. 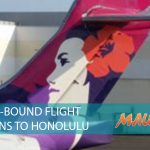 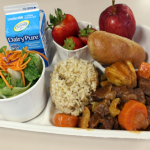