Surf of 25 to 40 feet this morning will lower to 18 to 24 feet by tonight. Forecast surf heights are estimates of the height of the face or front of waves.

NWS forecasters say ocean surges will sweep across beaches and coastal areas creating potential impacts for coastal properties and infrastructure including roadways. Powerful long-shore and rip currents will be present at most affected beaches.

The Department of Parks and Recreation announced that all beach parks have been assessed and are open Monday, except Baldwin and Hoʻokipa beach parks. 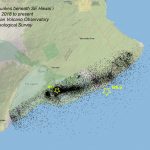 M5.5 Earthquake: A Bump in the Night Toward More Typical Seismic Background 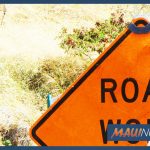