The signing date has been set for the end of July, so that stakeholders have sufficient time to prepare for the adoption of the new rules.

The new rules incorporate changes in the statute made by the Legislature and rulings by the Hawai‘i Supreme Court. They also clarify roles and responsibilities in the process, require agencies to publicly list their exemptions on a monthly basis, allow for exemptions for building urban affordable housing in certain circumstances, make considering sea level rise and greenhouse gas emissions explicit, and require a public scoping meeting at the beginning of an EIS, among other changes.

State officials say this is the first time in 23 years that the environmental review process has been revamped.  According to the Governor’s Office, the Environmental Council prepared four working drafts and held about 30 public meetings, including nine public hearings with at least one on each island.

“These rules strike the right balance to ensure public involvement in government decision making and the disclosure of activities that might affect our environment,” said Gov. David Ige.

“The work that the volunteers on the Environmental Council and the OEQC staff have done to build consensus has been impressive,” said Scott Glenn, director, Office of Environmental Quality Control. 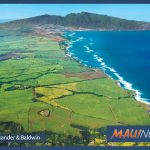 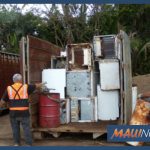 Hāna Metals and Electronics Recycling: May 30 to June 1