Two swimmers in distress were rescued from West Maui Waters on Monday afternoon.

Fire officials say a male and female visitor in their 30’s were found clinging to a rock outcropping and were unable to make it to shore to due to high surf and strong currents.

The pair found themselves stuck and were waving for help, according to fire officials.

They eventually entered the water and were able to be brought in by a lifeguard on the watercraft. The two suffered scrapes and cuts but refused further treatment. 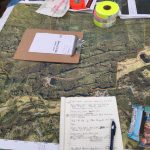 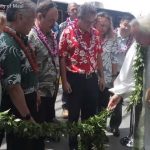