A fire on Molokaʻi charred 4,000 square feet of brush before being brought under control on Thursday afternoon.

The cause of the fire was undetermined and no damages were reported.

Fire officials say the fire was brought under control at 3:03 p.m. and extinguished by 3:54 p.m.

Crews battled the fire under clear conditions with trade winds blowing at 10 mph. 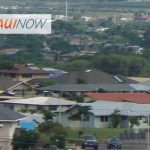 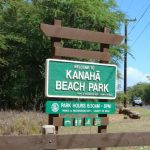