A teen was airlifted to safety on Friday morning, after becoming stuck on a ledge at Uaoa Bay in the Haʻikū-Paʻuwela area of Maui.

The incident was reported at 11:21 a.m. on Friday, June 7, 2019 at Uaoa Bay, which is located between Manawai Gulch and Kealiʻi Point, West of Twin Falls.

Maui Fire Services Chief Rylan Yatsushiro said the 14-year-old boy called 9-1-1 for help after getting stuck on the ledge in a very steep part of the trail.

Fire officials say the boy was with two other teenage males who were making their way down a trail leading to the shoreline when the incident occurred.

In addition to Rescue 10 out of Kahului, and Air 1, the department’s Engine 2 also responded to the scene.

The boy was airlifted to a landing zone near the trail head and was reportedly uninjured. 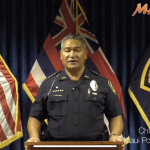 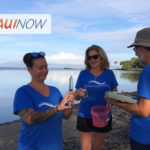 How Clean is Water at Your Favorite S Maui Beach?