The Maui County Council on Tuesday, overrode all but three of the Mayor’s 12 line-item vetoes.

The three items maintained are provisos that the council maintains will not impact the overall appropriations.

The council’s $823 million budget is $43 million more than the mayor’s version and features the expansion of housing opportunities for residents.

The Fiscal Year 2020 budget is set to take effect on July 1st.

"We have a budget!" The council today overrode all of the mayor's line-item vetoes, except for three provisos that don't impact overall appropriations. The budget session for fiscal year 2020 is officially over. The budget takes effect July 1. #Mahalo #MauiCounty pic.twitter.com/3gkESb4QlK

Also on Tuesday, the Council passed a bill on first reading that would prohibit activity requiring a commercial ocean recreational activity permit at Hanakaʻōʻō Beach Park “Canoe Beach” in Lahaina.

According to the document, there are currently four active permits at the site, including three for scuba operations and one for a kayak operation. All are due to expire on June 30, 2019.

The Environmental, Agricultural and Cultural Preservation Committee submitted a committee report indicating it had received approximately 70 pieces of written and verbal testimony in support of the bill, and six against it. Those in support expressed concerns over safety and overcrowding; while those against reported that permitted activities provide jobs and economic opportunity. 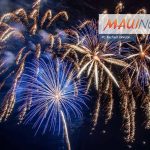 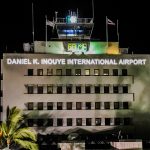 Security Situation at Honolulu Airport, No Bad Effects on Maui