The Hawaiʻi Department of Transportation issued an update on Tuesday’s security issue involving a device that overheated within a piece of luggage at the Daniel K Inouye International Airport.

The incident occurred at the Transportation Security Administration Checkpoint 3 in Terminal 2 on June 18, 2019 at approximately 2:10 p.m. HST.

A DOT spokesperson said the incident resulted in more than 40 flights being delayed and thousands of customers inconvenienced.

Upon further review, DOT officials say federal authorities determined an external battery charger used to power electronic devices malfunctioned creating a heating source. The charger was in carry-on luggage next to two laptop computers and a foam neck pillow which melted contributing to the smoke and odor in the checkpoint.

According to the TSA, in an effort to keep passengers safe TSA evacuated the checkpoint. However, during that process “some stanchions fell over creating a ‘pop, pop, pop’ sound causing passengers to think a gun was being fired. Passengers panicked and started running into the sterile area.”

Following the breach and subsequent evacuation, TSA conducted a security sweep of the airport and aircraft using explosive detection canines.

At approximately 6 p.m., TSA reopened the security checkpoints in Terminal 2. TSA extended the shifts of on-duty TSA officers to ensure security lanes were staffed. By 9 p.m. HST, all TSA screening operations at all checkpoints had returned to normal.

A DOT spokesperson said “initial reports of an active shooter were determined to be false and there were never any shots fired.” Sheriff canine units also helped secure the checkpoints, sweep the airport terminal and maintained crowd control.

Aircraft Rescue and Fire Fighting units stationed at HNL were called and responded to Checkpoint 3. According to Transportation officials, ARFF firefighters also helped people who suffered minor injuries in the ensuing incident. No one was transported to the hospital.

Discussions with representatives from the various stakeholders at the airport began during the incident as an Emergency Operations Center was established at HNL.

The meetings are continuing this week with after action reports to review the details of the incident and determine if any modifications to the airport security plan are necessary. 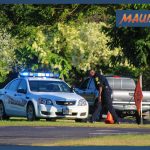 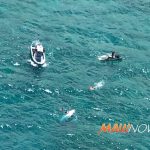 5 Rescued From Capsized Vessel Off Kāneʻohe