Today, Senator Mazie K. Hirono of Hawaiʻi joined Democratic colleagues in introducing bicameral legislation in an effort to guarantee the right of public employees to organize, act concertedly, and bargain collectively in states that currently do not afford these protections.

There are nearly 17.3 million public workers across the country. Backers of the Public Service Freedom to Negotiate Act of 2019 say that unlike private sector workers, there is no federal law protecting the freedom of public sector workers to join a union and collectively bargain for fair wages, benefits, and improved working conditions.

“One year after the harmful Janus decision, public employee unions continue to stand strong in the face of an all-out right-wing assault on working people who serve our communities,” Senator Hirono said. “Public employees are teachers, firefighters, social workers, EMTs, and police officers. We rely on them every day to educate and nurture our children and to keep our communities safe. The Public Service Freedom to Negotiate Act will ensure that every public employee has the right to organize, act concertedly, and bargain collectively. Simply put, the bill ensures public employees have a voice in the workplace.”

The Public Service Freedom to Negotiate Act of 2019 would provide the Federal Labor Relations Authority with the authority to determine whether a state, territory, or locality provides public employees and supervisors the right:

Backers of the legislation say the FLRA approach gives states wide flexibility to write and administer their own labor laws provided they meet this minimum standard.

Under the measure, the FLRA must issue regulations within one year of the bill becoming law and they can enforce the law through federal court. The bill also creates a private right of action to enforce compliance in federal court but only if the FLRA has not yet filed suit seeking relief for the same issue.

In June 2018, the Supreme Court ruled that public sector unions are barred from charging “agency fees” to the public employees they negotiate pay increases and benefit bumps for, if those employees decline to join the union as full members. Senator Hirono spoke out against the decision, calling it a “decades-long assault funded by far-right groups, such as the Koch Brothers, on working people.” 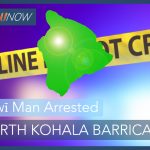 Schatz Urges Investigation of Contractors In Charge of Migrant Children