A federal jury found former Honolulu Deputy Prosecutor Katherine Kealoha and her husband, former Honolulu Police Chief Louis Kealoha, guilty of abusing their power in what has been called the biggest corruption case in Hawaiʻi.

The verdict came following a six-week trial that included witness testimony from 70 individuals, and a day of deliberations.

According to the United States Attorney’s Office, the couple was accused of conspiring with two police officers to frame Katherine Kealoha’s uncle for a crime he did not commit in “a desperate attempt to discredit his claim that the Kealohas stole a substantial amount of money from him and his mother.”

The jury convicted the couple and police officers Derek Hahn and Minh-Hung “Bobby” Nguyen of conspiracy and three counts of attempted obstruction of an official proceeding. The jury found that the officers helped the Kealohas facilitate the set up and cover up involving the uncle, Gerard Puana.

“The Kealohas’ extraordinary greed inspired astonishing corruption,” said US Attorney Robert Brewer. “The audacity of this couple to use the power vested in them as law enforcement officials to fund a lavish lifestyle and satisfy their personal vendettas was unconscionable. These two were supposed to be the good guys. They were supposed to enforce the law – not break it. Instead, they broke the community’s faith in a monumental way. This city has been harmed by their deception and greed, but the jury has spoken, and it has loudly said NO to corruption. NO to abuse of power. NO to special treatment. NO to injustice.”

“Unfortunately there are no winners in this case,” said FBI Acting Special Agent in Charge Rafael A. Riviere. “The betrayal of trust by the former prosecutor and former Chief of Police will linger for some time. However, justice has been served and the jury, through this verdict, has said that no one is above the law and this behavior will not be tolerated in the State of Hawaiʻi. The FBI would like to thank the United States Attorney Office Hawaiʻi, USAO for the Southern District of California, as well as the men and woman of the jury for their swift and decisive verdict.”

During trial, the prosecution relied on current and former police officials, federal agents, victims Gerald and Florence Puana, experts, city and county officials, defense attorneys, and Puana family members, among others, as witnesses to prove their case.

According to the United States Attorney Office, “the financial entanglement with the uncle started back in 2007, when Katherine Kealoha told her uncle she would safeguard and invest his substantial savings in an her alleged hui.  To give the false appearance of investment returns, she periodically withdrew cash from the bank account holding the uncle’s money and paid the money as a “return” on his investment.  Despite his requests, Katherine Kealoha never returned over $70,000 of his investment principal.”

In 2009, another incident arose in which Katherine Kealoha advised her grandmother, Florence Puana, on how to help her son (the same uncle who had invested money with Katherine Kealoha) purchase a condominium despite his lack of credit.

According to the United States Attorney Office, the grandmother agreed to Katherine Kealoha’s plan, and obtained a reverse mortgage totaling more than $513,000. A portion of the funds was used to purchase a condo; the remainder, approximately $153,000, was supposed to be used to consolidate the Kealohas debts in order for the Kealohas’ to obtain a mortgage on the condo.

“However, Katherine Kealoha kept none of her promises.  Instead,” the United States Attorney Office alleged that “she spent the entire amount within six months for her and her husband’s lavish lifestyle.”

According to the United States Attorney Office, Katherine never obtained a mortgage on the condo; however, she collected mortgage payments from her uncle and “pocketed most of his money.”  Also, prosecutors argued that she did not repay the reverse mortgage which continued to substantially increase and diminish the equity in grandmother’s family home.

The grandmother and uncle’s discovery of this skyrocketing loan balance led to a confrontation with the Katherine Kealoha, and their subsequent civil lawsuit.  “This dispute motivated the Kealohas to frame the uncle for the mailbox theft, have the grandmother declared incompetent, and discredit both the uncle and grandmother in the civil case,” according to information compiled by the United States Attorney Office.

Justice officials say the Kealohas used the grandmother’s stolen money to pay a variety of personal expenses, including “their mortgage and tens of thousands of dollars in bank loans; car payments for a Mercedes and a Maserati; Elton John concert tickets; travel expenses, restaurant meals and a trip to Disneyland; donations to charity; and a $23,000 brunch tab at the Sheraton Waikīkī to celebrate Louis Kealoha’s induction as Honolulu Police Chief in 2009.”

The United States Attorney’s Office provided the following recap of events that led to the legal battle:

“The uncle and grandmother suspected they had been duped and began to voice their concerns and seek legal remedies by filing a civil lawsuit, accusing the Kealohas of stealing their money. The Kealohas sought to discredit the Puanas and orchestrated an elaborate cover up that involved falsely portraying the uncle as a drug-addicted criminal, and the grandmother as an incompetent senior who needed a financial guardian. To protect their public images and conceal their greed, the Kealohas and two police officers from the elite Criminal Intelligence Unit framed the uncle for stealing the Kealohas’ mailbox, supposedly to obtain bank statements from a joint account held by Katherine Kealoha and her grandmother – statements that were relevant to the civil lawsuit.  The alleged theft sparked a police investigation and federal prosecution that resulted in a mistrial against the uncle.  The idea was to discredit the uncle by giving him a felony conviction so that the civil jury would never believe his testimony.

The mistrial in the uncle’s federal case resulted in an FBI investigation into the civil rights violations of the uncle.  During the FBI investigation, the Kealohas and the two police officers continued to engage in a conspiracy to obstruct the FBI and the federal grand jury seeking to uncover the truth behind this set up and cover up.  This led to their indictment in October 2017.

(On Thursday), the jury found that the Kealohas used their considerable power plus members of the police department’s elite Criminal Intelligence Unit to frame him for that bogus theft of their mailbox on June 21, 2013.  The evidence demonstrated that the defendants staged the “theft,” then selectively edited the grainy surveillance video to conceal their preparation of the mailbox for the taking, falsely identified Gerard Puana as the culprit captured by the video, falsified police reports, withheld or failed to investigate critical evidence, and lied to federal investigators and prosecutors to frame the uncle. The defendants were also involved in the destruction of surveillance footage contained on hard drives from the case by recording over it with six days of a ceiling and office space at police headquarters.  At one point, the Kealohas assigned approximately 30 Honolulu police officers to conduct 24-hour surveillance on Gerard Puana.

But according to key evidence presented by the prosecution, the Puanas had no motive to steal a mailbox to obtain bank statements. The evidence showed they had already obtained the bank statements in question in February of 2013 – four months prior to the mailbox theft on June 21, 2013. Katherine Kealoha knew that she had closed that joint bank account on January 24, 2013, and the last statement was mailed to Katherine’s post office box in Kahala in February 2013 – not to her residence where the mailbox was stolen.”

“As we’ve often seen, the cover up was worse than the original crime,” US Attorney Brewer said. “The most troubling aspect of this case was the way these powerful defendants manipulated the justice system for their own purposes.”

During the hearing, the prosecution moved to remand Katherine Kealoha.  The judge scheduled a detention hearing for June 28, 2019 at 10 a.m.  The other defendants were allowed to remain free until sentencing.

The Kealohas are facing a second trial on Oct. 21, 2019 on charges of bank fraud, aggravated identity theft, and obstruction of justice in connection with the alleged theft of a $167,000 inheritance of two children for whom Katherine Kealoha served as financial guardian. Katherine Kealoha also faces charges related to allegations that she and her brother, Rudolph Puana, trafficked in opioids and that Kealoha allegedly used her position as a Deputy Prosecutor to hide it. 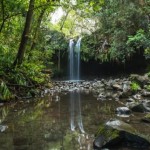 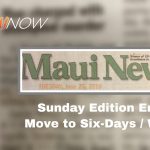