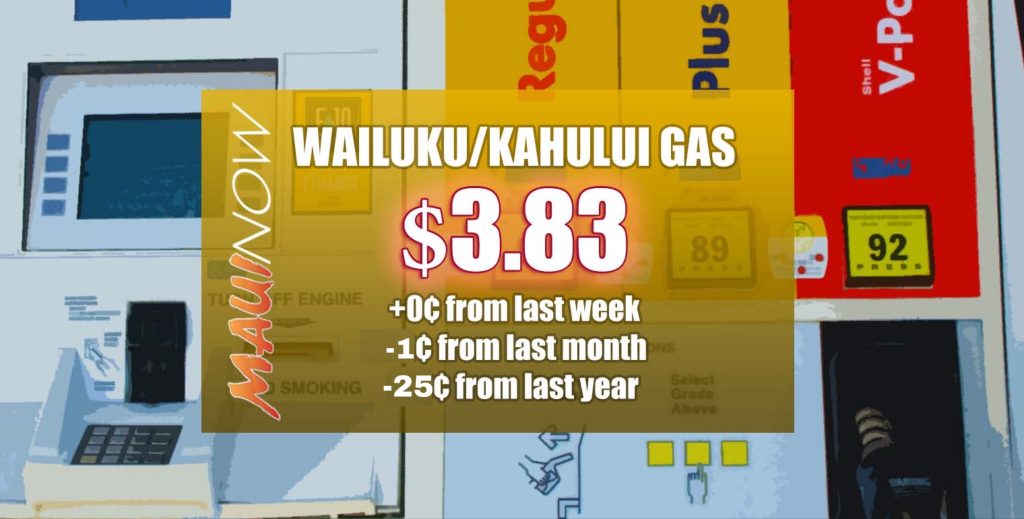 Maui gas prices in Kahului and Wailuku averaged $3.83 for regular. That’s unchanged since last Thursday, one cent lower than last month and 25 cents lower than a year ago.

Hawaiʻi gas prices remained relatively unchanged over the past week – except for a tax increase on the Big Island – as a record number of travelers are taking trips over the July 4th holiday, according to the AAA Hawaiʻi Weekend Gas Watch.

Today’s statewide average price is $3.64 a gallon, which is the same as last Thursday, unchanged from a month ago and ten cents lower than a year ago, according to AAA.

“The island of Hawaiʻi enacted a four-cent gas tax increase on Monday, so that has increased prices slightly there,” said Liane Sumida, AAA Hawaiʻi general manager. “Otherwise, prices are fairly stable. Unless something occurs dramatically with the price of oil, we expect prices to remain in this price range.”

Līhuʻe’s average price for regular is $3.84, which is two cents higher than last Thursday, the same as on this date last month and five cents lower than a year ago today. 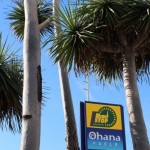