The accident was reported at 7:45 a.m. on the Piʻilani Highway, just west of Manawainui Bridge (a half-mile west of mile-marker 28) in Kahikinui.

Maui police say the collision occurred when a 2017 Ram pickup truck traveling west towards Kula on Piʻilani Highway failed to negotiate a curve in the roadway and drove off a 200-foot cliff. 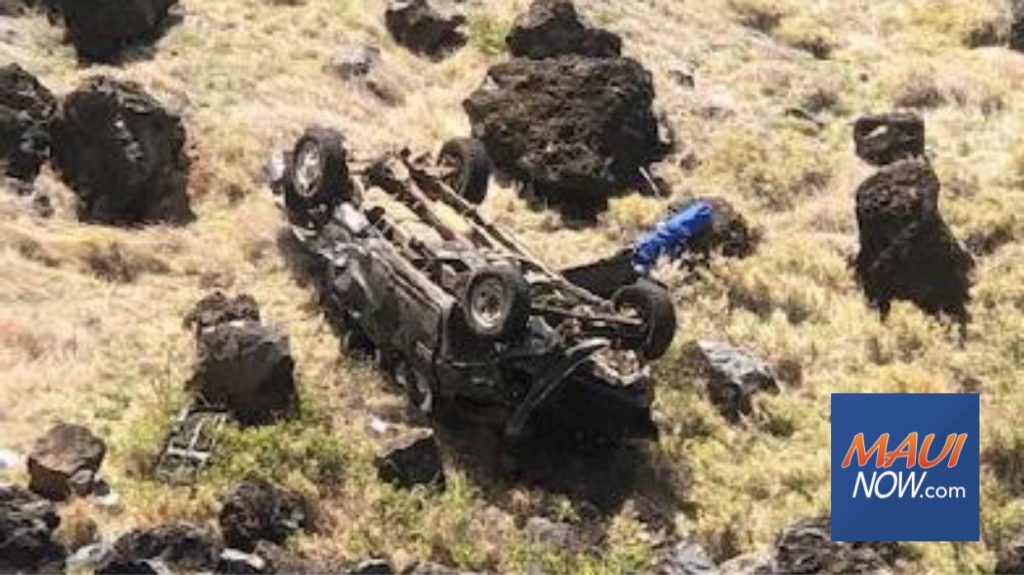 Maui police have since identified the operator of the Ram truck as 57-year-old John Smith from Kaupō. Police say that as a result of the crash, Smith sustained fatal injuries and died at the scene.

Maui police say Smith was properly wearing his seatbelt at the time of the crash. The involvement of speed, drugs and alcohol has not been determined as the investigation is still on-going.

This is Maui County’s 12th traffic fatality compared to five at this time last year. 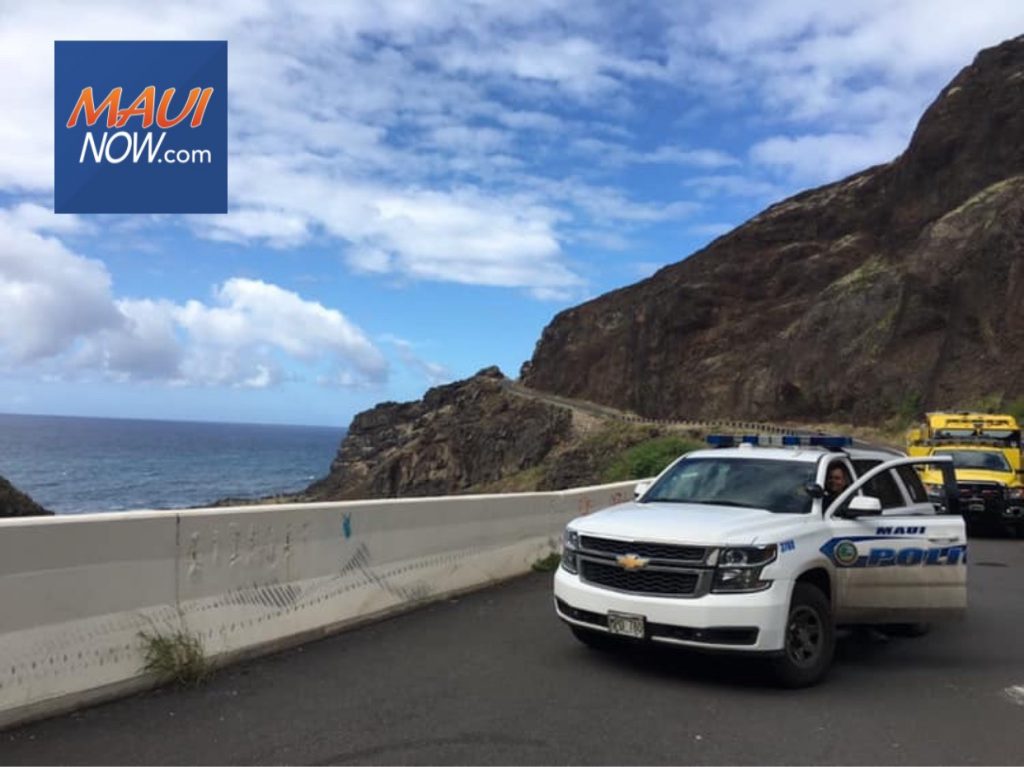 An investigation is currently underway after a body was found within a vehicle at the bottom of a 200 foot drop-off in the area of Manawainui Gulch in East Maui this morning, authorities have confirmed.

The incident was reported shortly before 8 a.m. on Wednesday, July 10, 2019 along the Piʻilani Highway in Kahikinui.  Authorities tell Maui Now that the vehicle appears to be a Dodge pickup and that the body is that of a male party within.

Crews from the Maui Police Department in Hāna and Traffic units are responding as well as rescue personnel from the Maui Department of Fire and Public Safety.  Motorists are advised of restricted traffic in the area while the investigation is underway.  Authorities say both lanes are closed at Mile 27.

Motorists are advised not to drive in the area until the roadway can be safely cleared.

*This is a developing story and further details will be posted as they become available.