Maui County Councilmember Tamara Paltin is asking University of Hawaiʻi President David Lassner to put a hold on moving forward with the construction of the Thirty Meter Telescope planned for the summit of Maunakea.

Paltin issued a letter of inquiry to President Lassner on Friday, July 12 in response to Governor Ige’s news conference last week announcing that construction would begin on July 15. In her letter Paltin expressed “grave concerns for the safety of Maui County’s residents and all individuals mobilizing to access and assemble atop Maunakea.”

According to Paltin, it is anticipated that kupuna to keiki (and all ages in between) from all islands will be present to exercise traditional Native Hawaiian cultural and religious access, as well as protest the construction of the TMT.

“With emotions high, extreme weather conditions, law enforcement presence and talk of the potential deployment of LRAD (Long-Range Acoustic Hailing Devices) for crowd control, Councilmember Paltin fears for the safety and protection of all who will be present on the summit,” according to a press release issued by the councilmember over the weekend.

Paltin sought out insight from Dr. Keanu Sai who has served as a resource for and provided training presentations to the Council’s Planning and Sustainable Land Use Committee, of which Paltin chairs, concerning the proposed construction of the TMT on the summit of Maunakea, in light of the ahupuaʻa of Kaʻohe being so-called ceded lands.

Paltin requested that President Lassner have the University’s legal counsel review Dr. Sai’s assessment of the situation, and stated that, “this is not a political issue, but an issue of the rule of law, which is foundational, and for our communities throughout the islands to have confidence that the State of Hawaiʻi officials, to include the Counties, believe in and abide by.” 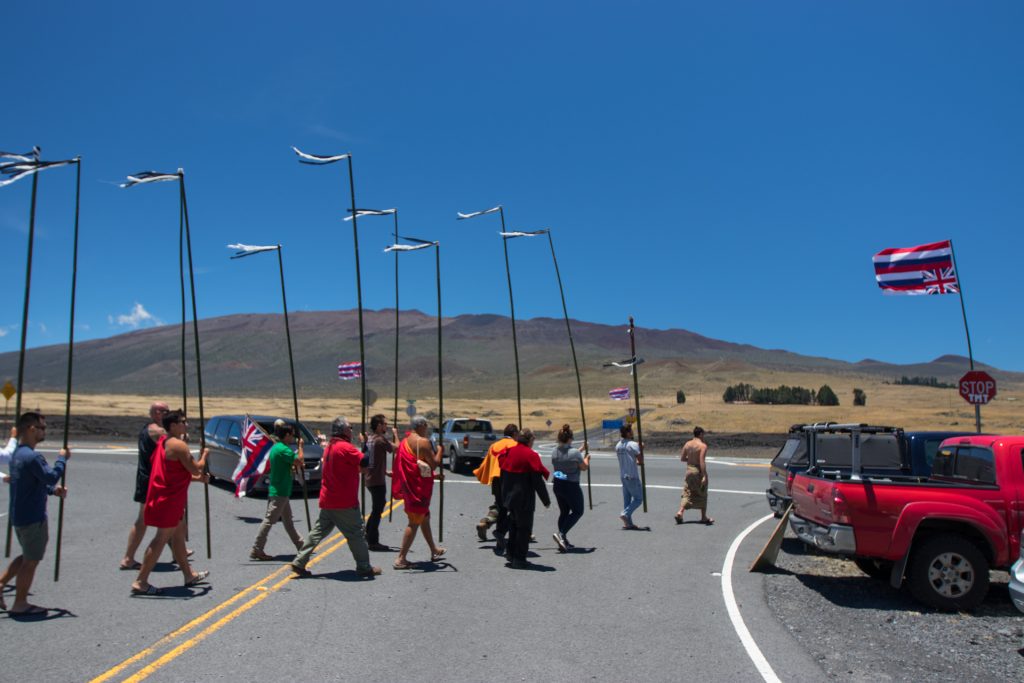 Maunakea Protectors Set Up Puʻuhonua Sactuary at Base of Maunakea. PC: HULI