TMT International Observatory filed a memo on Monday in opposition to a petitioners’ application for a temporary restraining order seeking a halt on construction of the TMT project.

According to the observatory, the petitioners’ main argument is that the Board of Land and Natural Resources’ 1977 Maunakea Plan requires that TMT International Observatory post “the security equivalent of the construction contract cost for TMT” prior to the start of construction.

“The petitioners’ lawsuit is just another tactic to unduly delay the TMT project,” said Doug Ing, attorney for the TMT International Observatory. “The petitioners were all parties involved in the contested case hearing and BLNR considered and rejected the very same claim now raised again by the petitioners. They failed to meet their burden and their lawsuit has no merit,” said Ing in a press release statement.

Opponents of the TMT filed documents seeking a temporary restraining order and preliminary injunction to stop construction of the telescope atop Maunakea.

Below is information from TMT International Observatory’s filing as to why they claim the TRO should be denied:

Merit – following an extensive contested case hearing, BLNR considered and expressly rejected the very same claim now raised again by the petitioners.
Res judicata – the petitioners were all parties involved in the contested case hearing, and they appealed BLNR’s decision to the Hawaii Supreme Court, which subsequently affirmed BLNR’s issuance of the CDUP. As such, they are barred from re-litigating claims and issues raised and decided in the contested case hearing.
Failure to Meet Burden – the petitioners have failed to meet their burden for extraordinary remedy of injunctive relief.
No Proof of Harm – the petitioners’ alleged “harms” are based on a superseded plan, hypothetical “harms” and recycled environmental and cultural concerns that the parties exhaustively litigated in the contested case hearing and that BLNR addressed in detail with findings and conclusions that petitioners are now bound by. In contrast, after years of planning and litigation, BLNR concluded that the TMT Project meets all of the requirements for a CDUP and the Hawaii Supreme Court affirmed this. Any further delay in construction will cause irreparable harm through further delay in the critical scientific mission of the TMT Project. 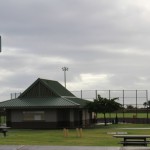 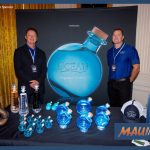