The ACLU of Hawaiʻi Foundation issued a demand letter that the state publicly commit to not deploying a recently purchased long-range acoustic device or LRAD. The request comes amid demonstrations taking place against the Thirty Meter Telescope atop Maunakea on Hawaiʻi Island.

The LRAD is a military-oriented weapon commonly known as a “sound gun” or “sound cannon.” State officials maintain that the device is a “public address and hailing system” and is “not a weapon.”

In a letter to the ACLU on July 1st, the DLNR maintained that LRAD is not listed in its
use of force continuum,” but also said it “is a legitimate useful tool for law enforcement in appropriate situations in compliance with law and standard use of force policy.”

The ACLU said the letter from the state raised more questions than answers, and is now seeking a public commitment by today (July 19) to not deploy the device for crowd control purposes.

State Attorney General Clare E. Connors issued an official response on July 16, 2019 to the ACLUʻs demand letter and a subsequent letter making recommendations to law enforcement regarding activities at Maunakea.

She said, “State law enforcement agencies are indeed committed to ensuring the safety and civil rights of everyone on Maunakea. This includes a commitment to respecting the legal rights of protesters. We sincerely hope that the protests are peaceful and that no arrests will prove necessary.”

AG Connors said that if the acts of protesters become criminal, “law enforcement officers intend to respond with only that level of force warranted by the circumstances.”

AG Connors further explained that “the LRAD will be used only as a loudspeaker and not to disperse crowds.” She said the LRAD may be used in the state’s attempt to communicate effectively with protesters.

The ACLU also reached out to local law enforcement with a list of recommendations on how to fulfill their “dual responsibilities to protect the rights of the protesters and maintain public safety.”

The letter outlined five specific recommendations including (1) prioritizing de-escalation and non-escalation; (2) genuine and clear communication with protesters and the public; (3) limitations on the use of force; (4) policies against the surveillance of protesters; and (5) adequate and comprehensive training.

In response to the ACLU’s demands, AG Connors said, “We urge the ACLU of Hawai’i to act responsibly in advancing its mission during these emotional times. Specifically, we ask the ACLU to avoid public statements that portray law enforcement officers in a false light and dangerously stoke fears of violent confrontations. Our officers are not part of a foreign force—they are instead members of the community, sworn to protect public safety and the rule of law. They stand ready to discharge their duties, while respecting all that makes our community unique. We ask that you avoid using inflammatory statements based on innuendo and supposition. We all have an obligation to focus our energies on calming the situation rather than attracting media attention.”

AG Connors said the State of Hawaiʻi and its agencies “intend to proceed in a responsible and lawful manner, while fulfilling our stewardship obligation” to Maunakea. “We hope you will assist by educating protesters without enhancing the risk of violence. We trust that, whatever our differences, you share our goal of allowing the exercise of civil rights in a peaceful and lawful manner,” said AG Connors. 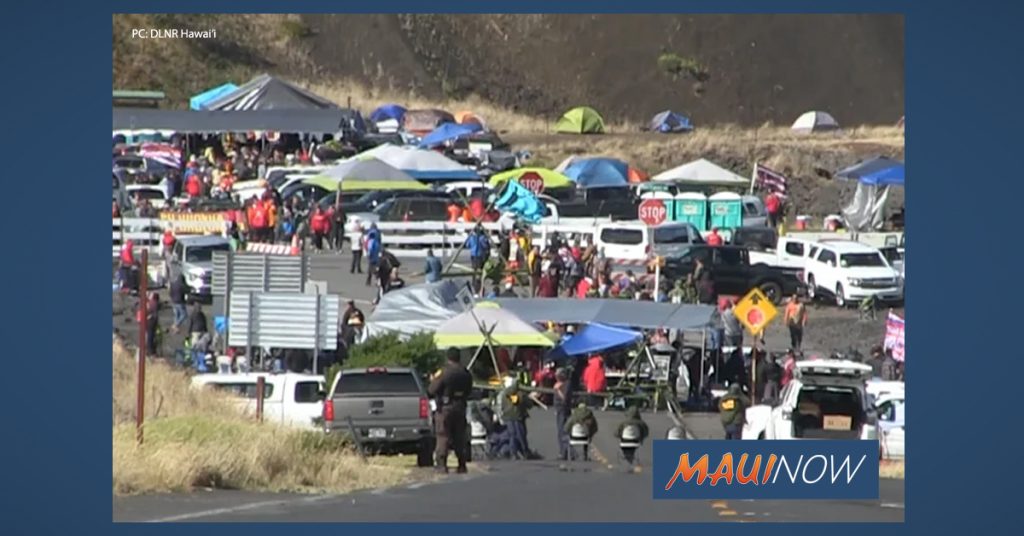