A South Maui doctor has been charged with two counts of healthcare fraud and one count of “Acquiring or Obtaining a Controlled Substance by Misrepresentation, Fraud, Forgery, Deception, and Subterfuge” according to federal court documents.

Mark D Lipetz is a physician licensed by the State of Hawaii and the “sole medical provider at the South Maui Clinic, located in Kihei” according to a the criminal complaint. Federal prosecutors alleged Lipetz “submitted and caused to be submitted false claims for payment for medical services to several different health care benefit programs including Medicare, Medicaid, HMSA, and UHC.”

According to court documents the fraudulent activity dated back to May 12, 2014 and continued until  July 19, 2018.

A hearing on the matter is scheduled in Federal Court on Monday before Magistrate Judge Kenneth J. Mansfield. Lipetz’s attorney could not be reached for comment. 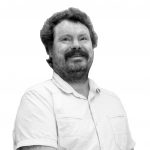