Lipetz, 50, is a licensed physician and owner and operator of the South Maui Clinic in Kihei. According to court documents and information presented in court, Lipetz wrote multiple prescriptions for medications using the names and addresses of actual patients.

Prosecutors said instead of giving the medication to the patients on the prescriptions he gave it to other patients or “created a stockpile from which Lipetz could provide ‘trial samples’ to patients without writing them a prescription.” Lipetz also submitted more than 200 false claims for reimbursement from Medicare, Medicaid, Hawaii Medical Services Association (HMSA) and United Healthcare between May 2014 and July 2018 according to prosecutors.

“The U.S. Attorney’s Office will continue its quest to root out fraud in the healthcare industry by working with the Drug Enforcement Administration (DEA) and other law enforcement entities,” said U.S. Attorney Kenji M. Price for the District of Hawaii. “Lipetz’s fraudulent behavior unlawfully steered precious funds towards his pockets and away from healthcare providers who serve the most vulnerable in our communities.”

“The DEA will continue to investigate illicit activity in the medical community,” said DEA Assistant Special Agent In Charge John Callery. “Dr. Lipetz is only one of several ongoing investigations throughout the state of Hawaii to shield our communities from the dangers of the Opioid Crisis that is crippling portions of the mainland. The DEA is thankful to the U.S. Attorney’s Office for its outstanding assistance and partnership in this matter.” 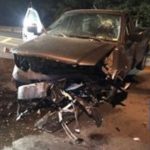 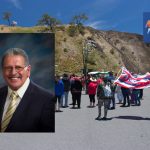