Rapid ʻŌhiʻa Death has been detected for the first time on Oʻahu, according to new information released by the state Department of Land and Natural Resources.

One of the species of fungus causing Rapid ʻŌhiʻa Death was recently detected by a team of natural resource managers from the Oʻahu Invasive Species Committee and the Koʻolau Mountain Watershed Partnership.

The team sampled a dead ʻōhiʻa tree on private land in a remote area in the Ko’olau Mountains above Pearl City.  The sample was analyzed by the USDA Agriculture Research Service lab in Hilo. It confirmed the presence of Ceratocystis huliohia. Although this is the less aggressive of the two Ceratocystis species associated with ROD, it still has the ability to kill ʻōhiʻa trees.

A partnership of state, federal, university, and non-government organizations have been conducting systematic helicopter and ground surveys to look for Rapid ʻŌhiʻa Death since 2016.

On Oʻahu, 150 dead or unhealthy ʻōhiʻa trees have been sampled for the disease in the past three years, and all have been negative until now. The location of the infected tree is extremely remote and it is considered highly unlikely to have been spread by people. Researchers are still trying to understand the source of the two Ceratocystis pathogens and are looking at any possible patterns of dispersal.

This first detection on O‘ahu has initiated a rapid response which includes additional surveys to determine how widespread the disease is. A combination of helicopter, UAS (drone) and ground surveys are planned with OISC, DLNR and KMWP playing lead roles.

The landowner, Kamehameha Schools, is working closely with the response agencies to coordinate access to the property so agencies are able to test for the fungus and prevent it from spreading.

Residents and visitors can help protect our remaining ʻōhiʻa forests with the following actions:

Rapid ʻŌhiʻa Death has now been detected on Hawai‘i Island, Maui, Kaua‘i and O‘ahu since the fungal disease was first discovered in 2014. To date, the more aggressive form of the disease has not been found on Maui or O‘ahu, and is extremely limited on Kaua‘i. 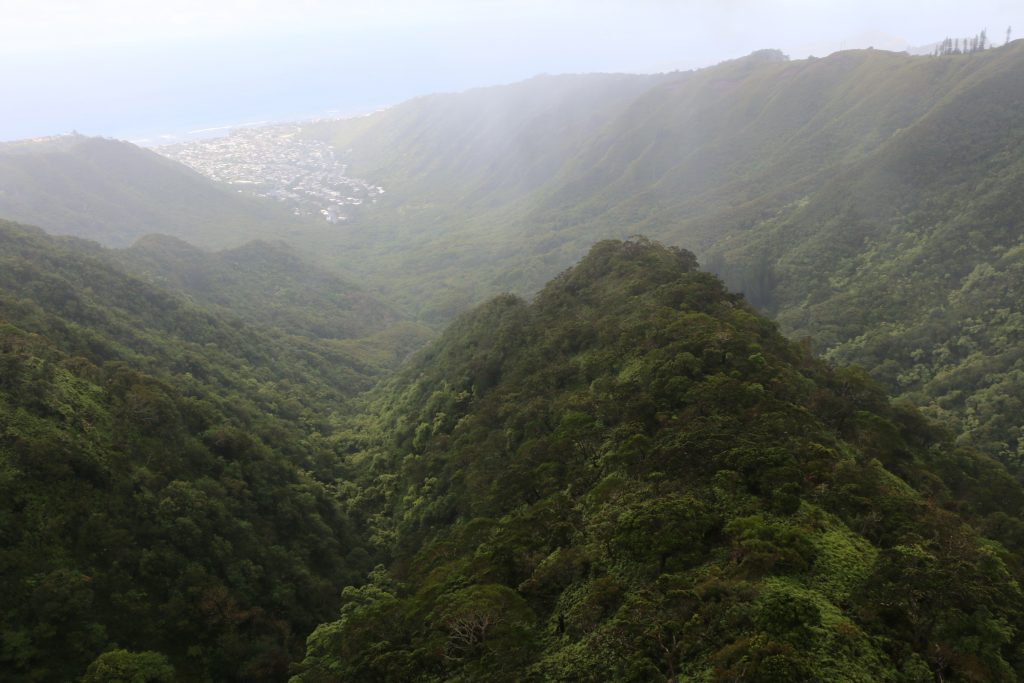 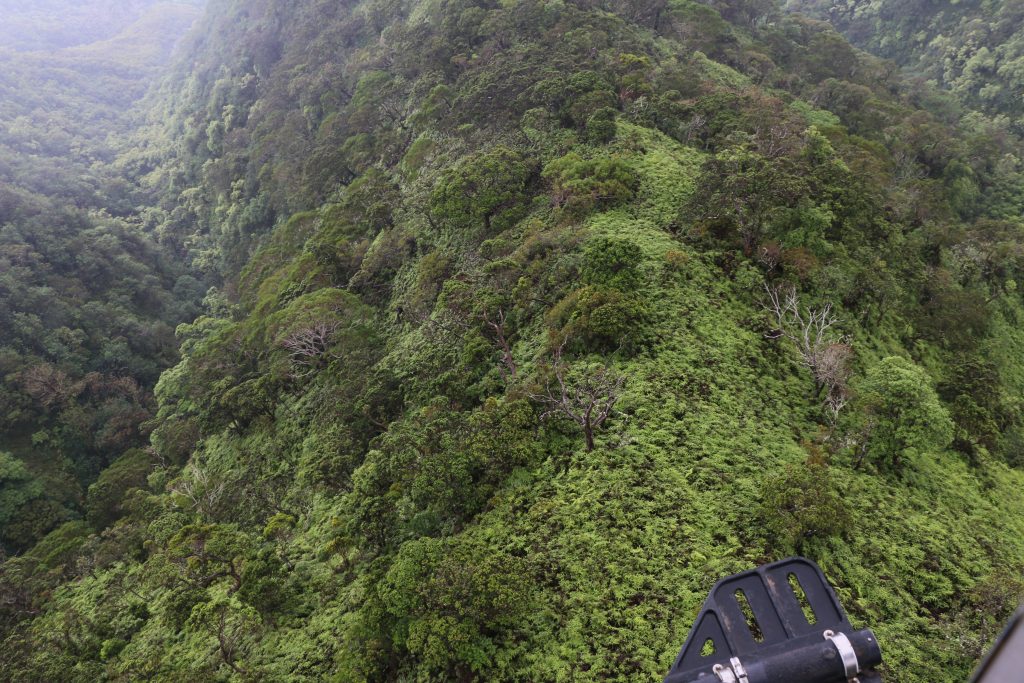 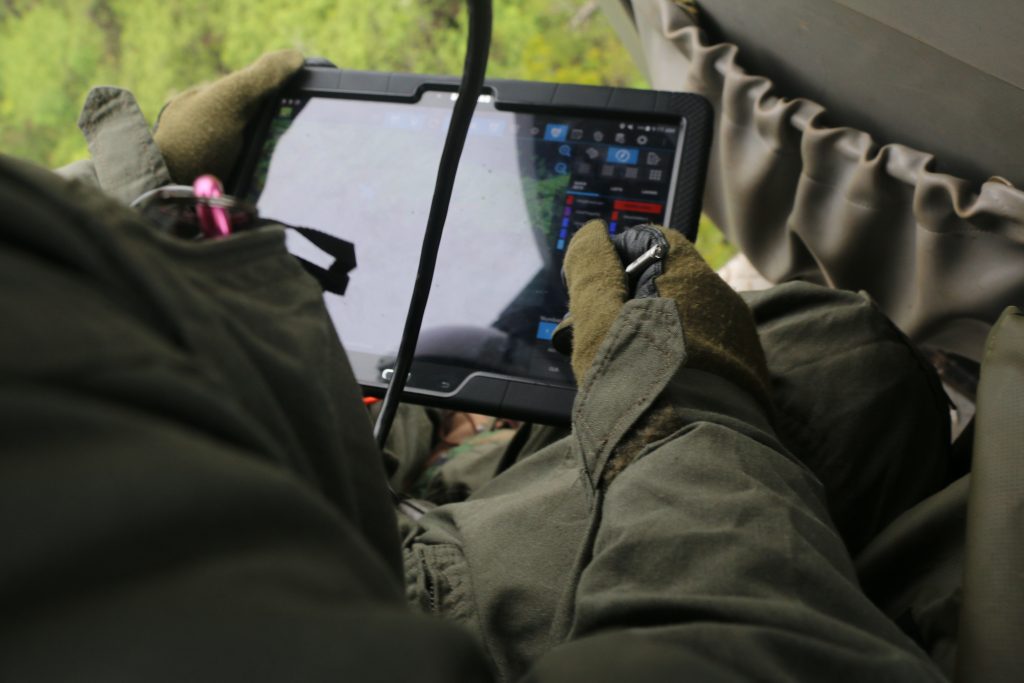 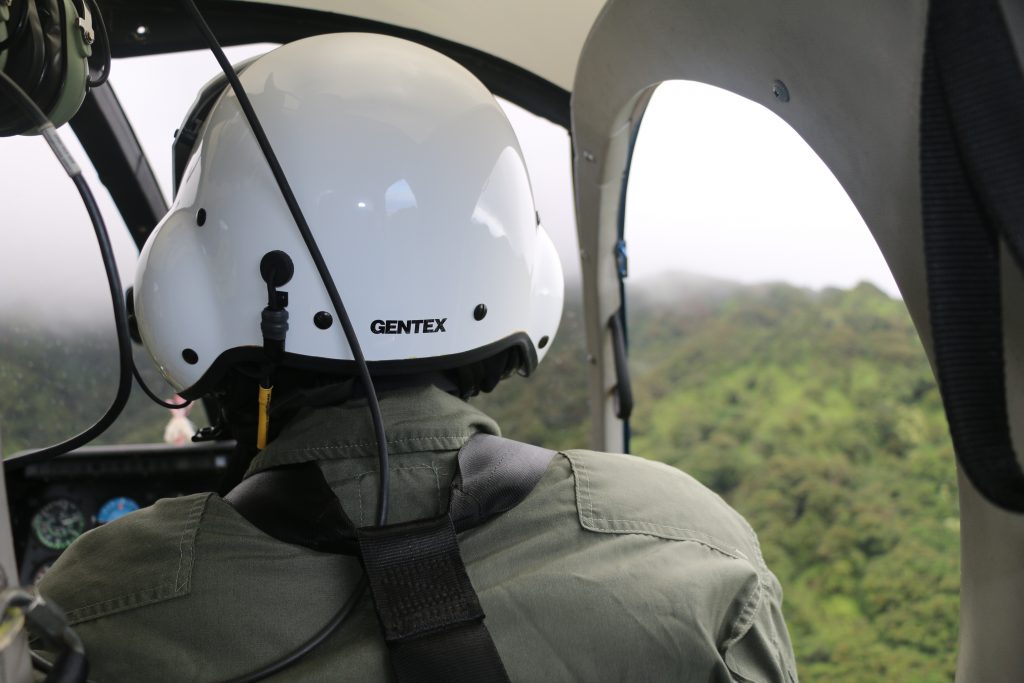 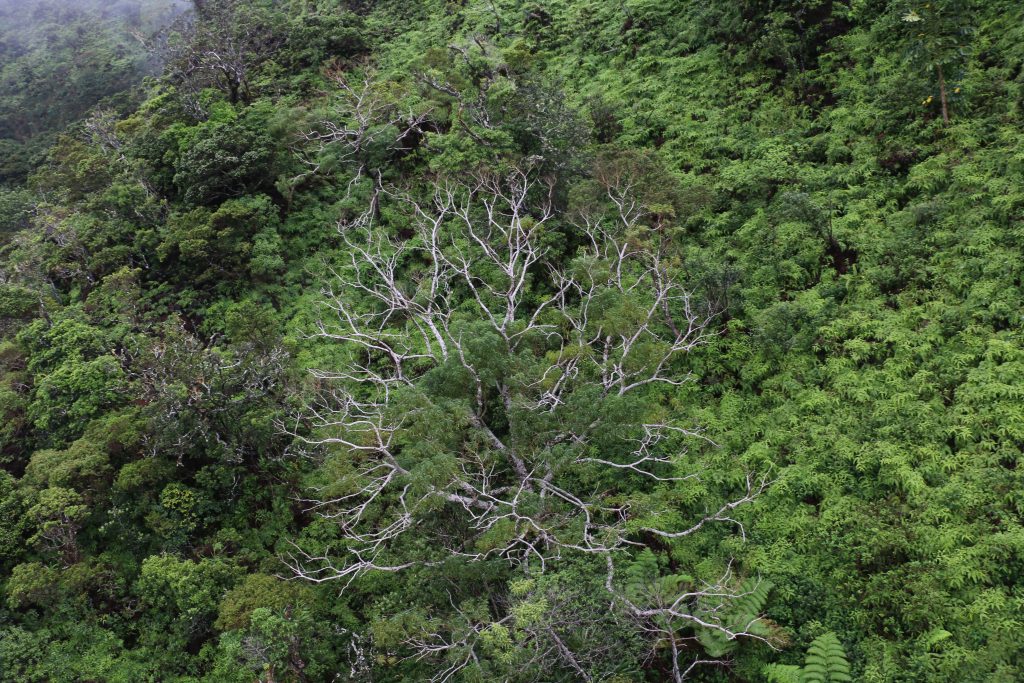