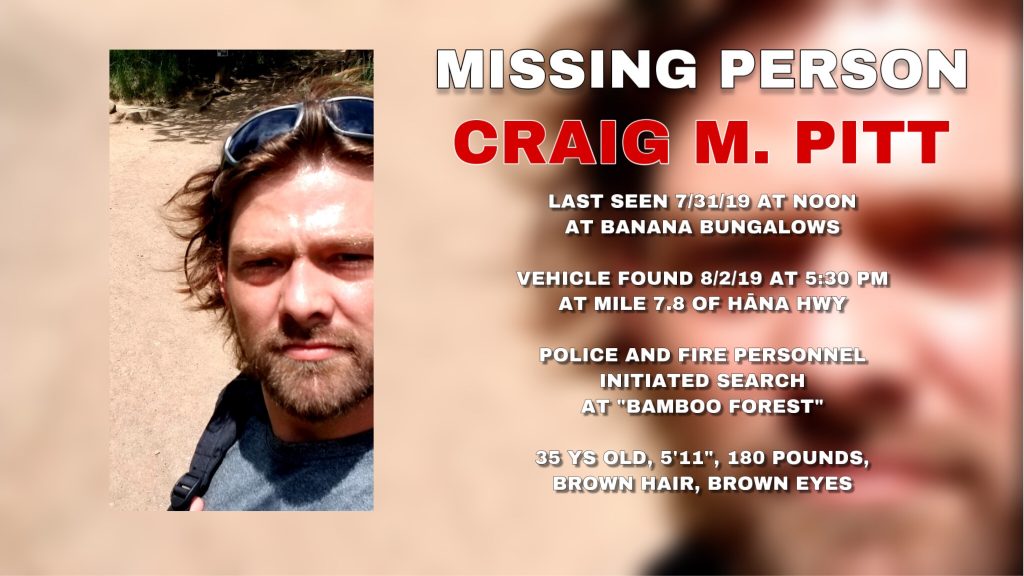 Police say Pitt was last seen at the Banana Bungalows on Wednesday, July 31, 2019 at around noon. It is believed he intended hike on one of the trails along the Hāna Highway, according to police.

His vehicle, a silver Toyota Corolla, was found on Friday, Aug. 2, parked on the shoulder of Hāna Highway in the area of mile post 7.8 at around 5:30 p.m., according to police reports.

On Saturday, Aug. 3, 2019 search efforts were initiated by Police and Fire personnel in the area of Kailua known as the “Bamboo Forest.” “Due to the recent rains and unsafe conditions in the area we are asking that people refrain from searching in the area until it is safe to do so,” police said in a press release update.

The case remains an “active investigation.”

*Note: Earlier reports from his family indicated that Pitt is from Colorado, however Maui police name his place of residence as Florida.

A 35-year-old Colorado man has been reported missing after he failed to return from a day hike in the Kailua area of East Maui on Wednesday, July 31, family members tell Maui Now.

Craig Michael Pitt was hiking alone and had planned to hike toward waterfalls at mile 8.8, according to family members.  His vehicle was reportedly found at mile 8 along the Hāna Highway.

Pitt’s aunt Cathy Van Noland says Craig was traveling alone and was staying at the Banana Bungalow Maui Hostel in central Maui.  She is flying out Sunday along with five other relatives to search for her nephew and hand out flyers.

According to Noland, Pitt’s phone hasn’t been used since the day he left.

Family members say Pitt has hiked several times in Hawaiʻi and loves it, but has no family on Maui.  His Facebook page shows visits to Kīhei and Māʻalaea on Maui in May.

*We are awaiting additional information from the Maui Police Department.  This story will be updated as more information becomes available. 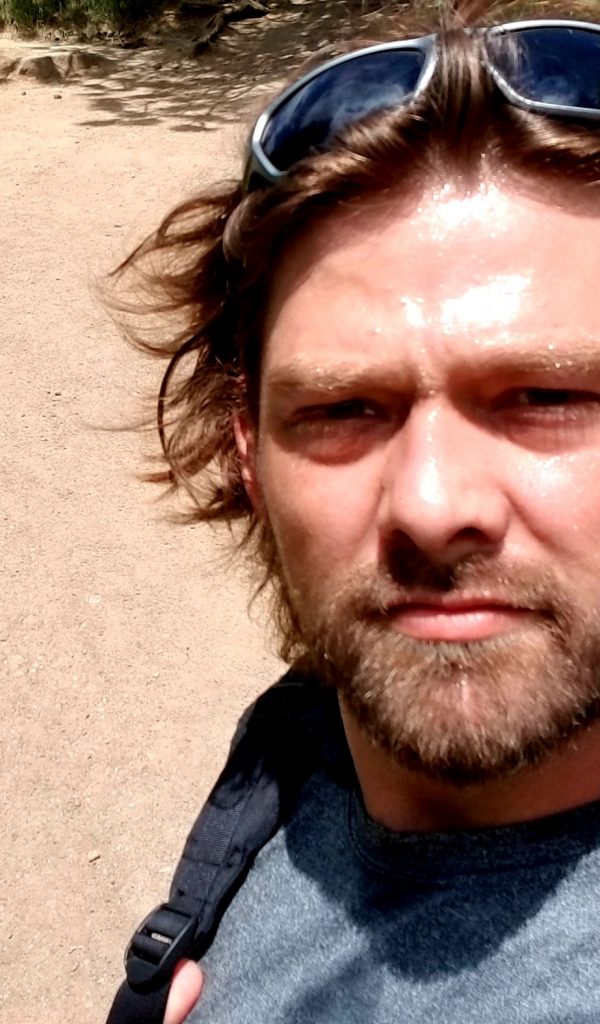