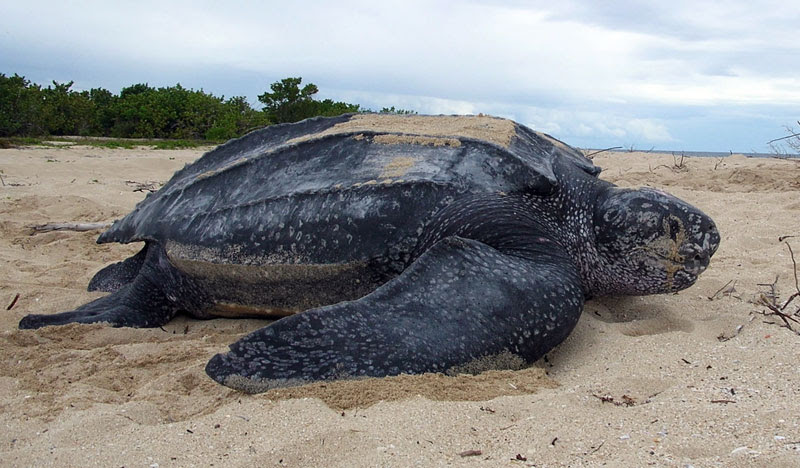 The Western Pacific Regional Fishery Management Council will meet on Aug. 8, 2019, to consider final recommendations on the management of the Hawaiʻi swordfish fishery’s interactions with leatherback and loggerhead sea turtles. The National Marine Fisheries Service provided a final biological opinion (BiOp) during the 178th Council meeting in June 2019, but the Council deferred action at the time to allow adequate time to review the final document.

The final BiOp determined that the swordfish fishery is not jeopardizing the continued existence of these sea turtles and authorizes the accidental hooking and subsequent release of 21 leatherbacks and 36 loggerheads.

Based on observer data since 1994, 100 percent of leatherback turtles and over 99 percent of loggerhead turtles observed in this fishery have been released alive “with a high chance of survival,” according to information compiled by the Western Pacific Regional Fishery Management Council.

“Despite finding that the impacts of the fishery are not expected to appreciably reduce these two populations’ likelihood of surviving and recovering in the wild, the final BiOp requires additional measures to further reduce incidental captures and mortalities,” according to the Council. Specifically, if the fleetwide leatherback interaction reaches the “hard cap” of 16, the BiOp requires that the fishery be closed for the remainder of the calendar year.

The final BiOp also requires implementing individual trip limits of two leatherback or five loggerhead interactions per vessel per trip. However, once a vessel reaches a trip limit twice in a year, it will be prohibited from shallow-set fishing for the remainder of the year, and the vessel will be subject to an annual vessel limit of two leatherbacks or five loggerheads for the following year. There is no hard cap required in the new BiOp for loggerhead turtles, “which has a stable and increasing population,” according to the Council.

“We know what the US shallow-set longline fishing impacts are on loggerheads and leatherbacks in the Pacific due to our 100 percent observer coverage,” said Council Chairman Archie Soliai. “When other countries are struggling to meet the internationally-required 5 percent observer coverage, how much confidence do we have about the loggerhead and leatherback impacts for the remaining 98 million hooks set?”

The Council’s recommendation from its 177th meeting in April 2019 was to manage the fishery under annual fleetwide hard cap limits of 16 leatherbacks and 36 loggerheads. The Council initially put the hard caps in place in 2004 as a backup measure when new bait and gear changes were implemented, which, along with other measures, reduced interactions by about 90 percent.

The Council also recommended individual trip interaction limits of two leatherbacks and five loggerheads. Once either limit is reached, the vessel would be required to immediately return to port, after which they may resume shallow-set fishing. “The original Council recommendations were much simpler and did not include additional vessel restrictions,” according to the Council.

The Council will take all information into account, including the measures required under the final BiOp, when it considers final action this week.

The Council’s Hawai’i Archipelago Fishery Ecosystem Plan Advisory Panel and Scientific and Statistical Committee will meet on Aug. 7, 2019, in advance of the Council meeting to discuss recommendations to the Council for the final action on managing loggerhead and leatherback sea turtle interactions in the Hawai’i-based shallow-set longline fishery.

The AP, SSC and Council meetings can be attended remotely by web conference at: https://wprfmc.webex.com/join/info.wpcouncilnoaa.gov. The Council office will also serve as a meeting host site: 1164 Bishop Street, Suite 1400, Honolulu, Hawaiʻi.