These two native endangered species are endemic to Maui Island and are only found within the surveyed area in East Maui.

USGS Wildlife Research Specialist and Landbird Monitoring Coordinator with the University of Hawaiʻi Seth Judge stated “The most recent Maui endemic forest bird to go extinct was the po‘ouli [(black-faced honeycreeper, Melamprosops phaeosoma)] in 2004, and based on the findings from this survey, we are worried the kiwikiu is next.”

The simultaneous decline of kiwikiu, ‘ākohekohe, and another endemic forest bird, the Maui ʻālauahio (Paroreomyza montana), over several decades are due to disease, depredation, and degradation of habitat. Introduced avian malaria is clearly the most significant long-term threat. Malaria continues to spread upward in elevation due to climate change and over time may lead to dramatic declines or the extinction of most native Hawaiian songbird species.

“Without intervention, these changes are projected to cause population declines and additional extinctions of the remaining Hawaiian forest birds,” stated Dr. Hanna Mounce of the Maui Forest Bird Recovery Project. Dr. Mounce emphasized, “It is urgent that we move forward with the recovery efforts for these species. If we wait for much longer, we will not have these species left to save.”

The findings in the report provide an update of forest bird population estimates, trends within Haleakalā National Park and reserves managed by the Hawai‘i Department of Forestry and Wildlife (DOFAW), and suggested management actions to benefit the native bird species on Maui.

“Action will need to be taken along with the support of the community and all our partners to save these Hawaiian forest birds,” said Haleakalā National Park Superintendent Natalie Gates. Superintendent Gates added, “Landscape control of avian malaria, control of non-native predators, and habitat restoration are all needed. Currently we are exploring projects to control avian malaria in hopes of giving these unique and spectacular species a better chance of survival.”

The Maui Forest Bird Working Group is currently planning to reintroduce kiwikiu in attempt to increase both the range and abundance of the species to the Leeward Region of Maui, starting with Nakula Natural Area Reserve in the fall of 2019. Since 2013, DOFAW, MFBRP, and the Hawaiʻi Department of Land Natural Resources Plant Extinction Prevention Program have planted more than 200,000 native plants in the Nākula Forest Reserve and Kahikinui Forest Reserve in preparation for the reintroduction.

The surveys conducted in this report were the largest and most comprehensive interagency effort to research East Maui native forest birds since 1980. The research in the report was conducted by the National Park Service Inventory and Monitoring Pacific Island Network, Maui Forest Bird Recovery Project, University of Hawaiʻi at Hilo, Pacific Cooperative Studies Unit, State of Hawai‘i Division of Forestry and Wildlife, and the U.S. Geological Survey, along with many partners, consisted of a broad-scale landbird survey on East Maui Island, including portions of Haleakalā National Park. 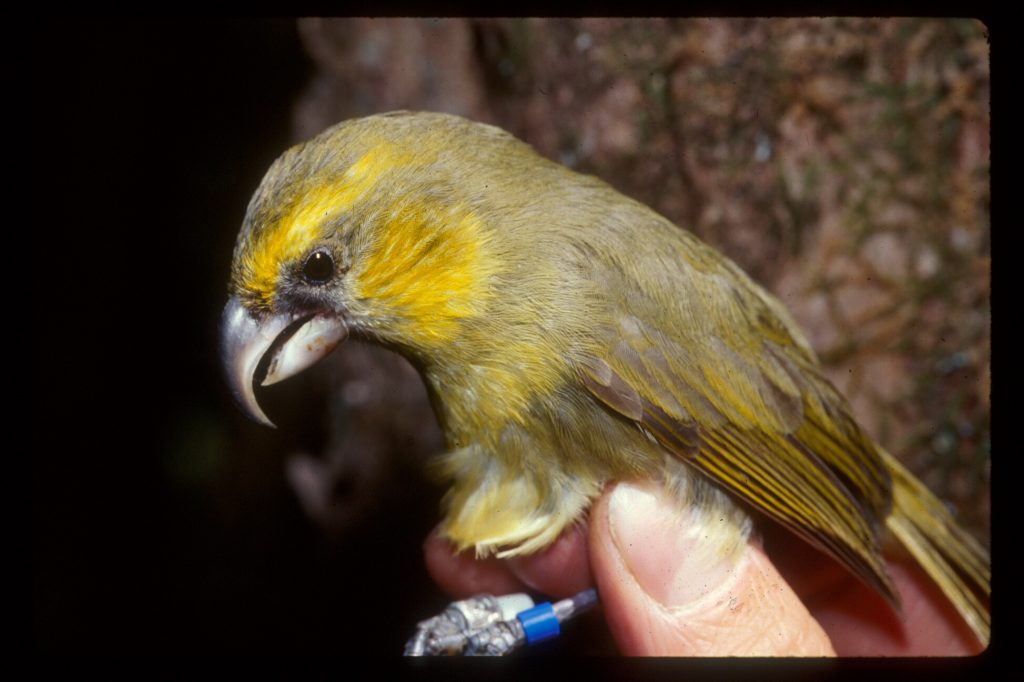 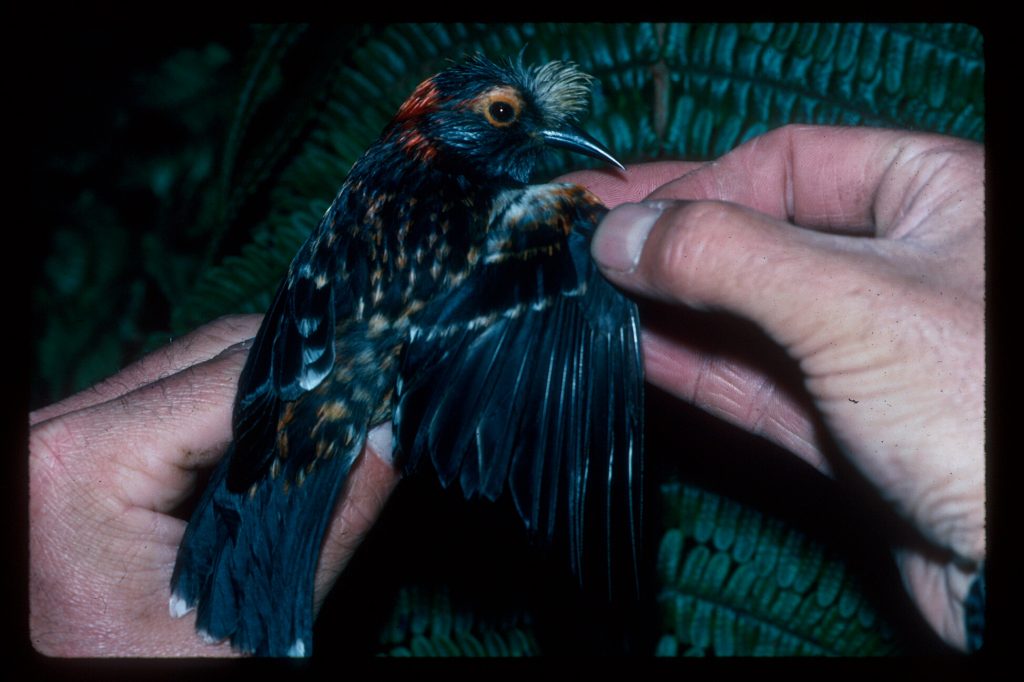 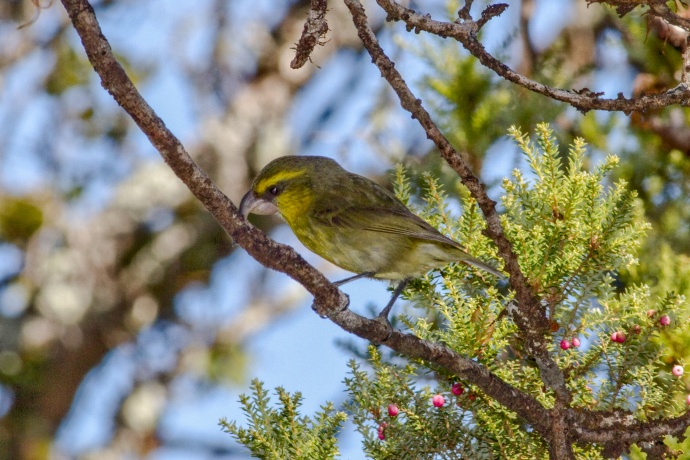 Endangered Maui Parrotbill. The state and its partners are conducting research and management aimed at restoring this endangered species to the forests of the leeward reserves. Courtesy Division of Forestry and Wildlife. 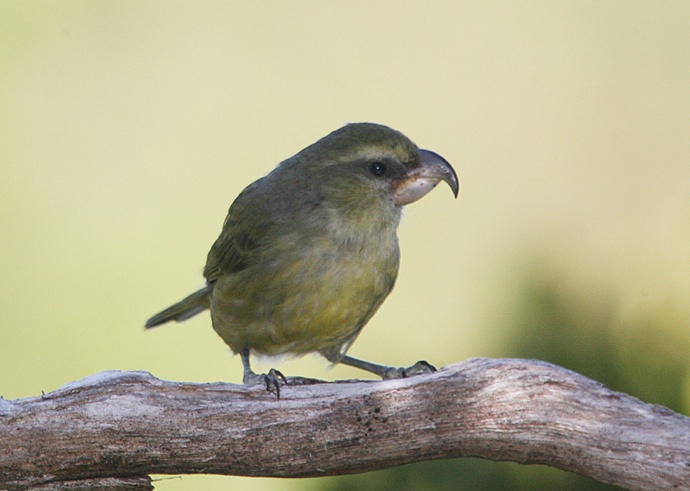 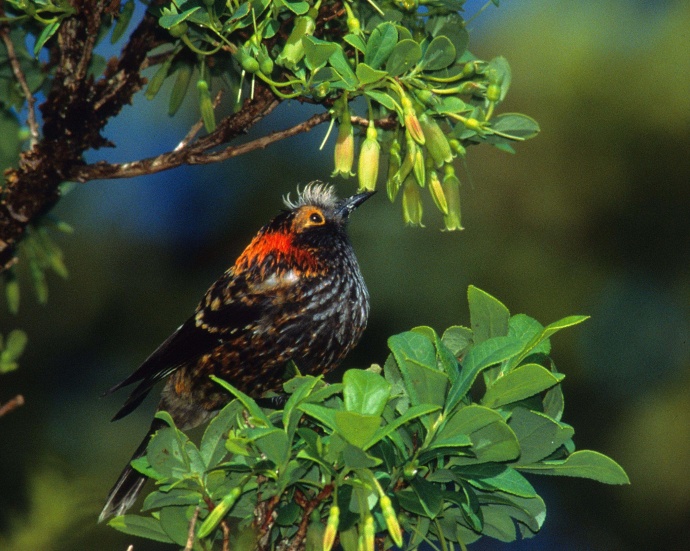