There is no tsunami threat to Hawaii after a 4.2 (4.0 preliminary magnitude) earthquake reported this morning at the Loihi Seamount south of the Big Island of Hawaiʻi.

The Pacific Tsunami Warning Center says there is no tsunami expected, however some areas may have experienced shaking.

Brian Shiro, HVO’s Seismic Network Manager, said the earthquake was located 6 miles south of the summit of Lō‘ihi seamount, but does not appear to be associated with the submarine volcano. “The earthquake was most likely due to bending of the Earth’s crust under the weight of Hawai‘i Island,” he said.

Lō‘ihi is an active submarine volcano located on the seafloor south of Kīlauea Volcano about 19 miles off the SE coast of the Big Island. The seamount is 3,180 feet below sea level and last erupted in 1996, according to the Hawaiian Volcano Observatory.

“Today’s earthquake had no apparent effect on Kīlauea or Mauna Loa volcanoes, and the Pacific Tsunami Warning Center reported that no tsunami was generated by it,” according to the HVO. 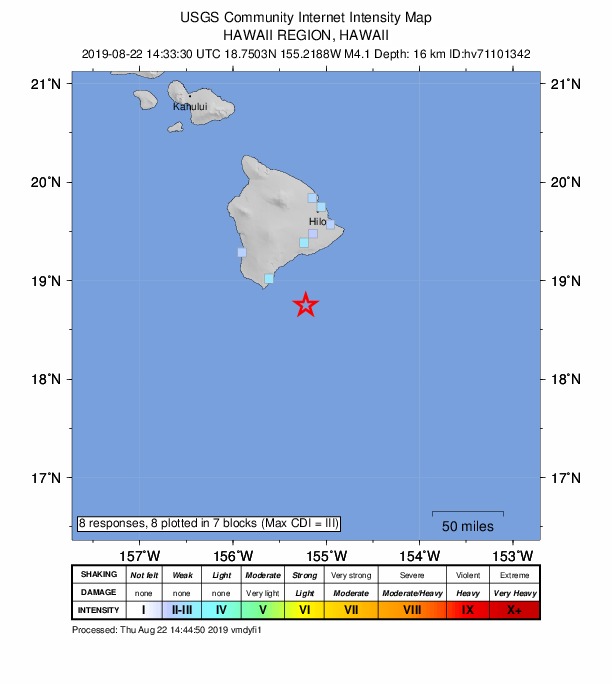