The effort was a part of the nationwide “Saturation Saturday” campaign, which aims to remind the public about the dangers of drunk driving.

According to the MADD website, over 235 law enforcement departments across the nation joined the campaign.

Andrea Maniago began volunteering with MADD in 2009 after losing her 16-year-old son Kaio Fukushima to a drunk driver. 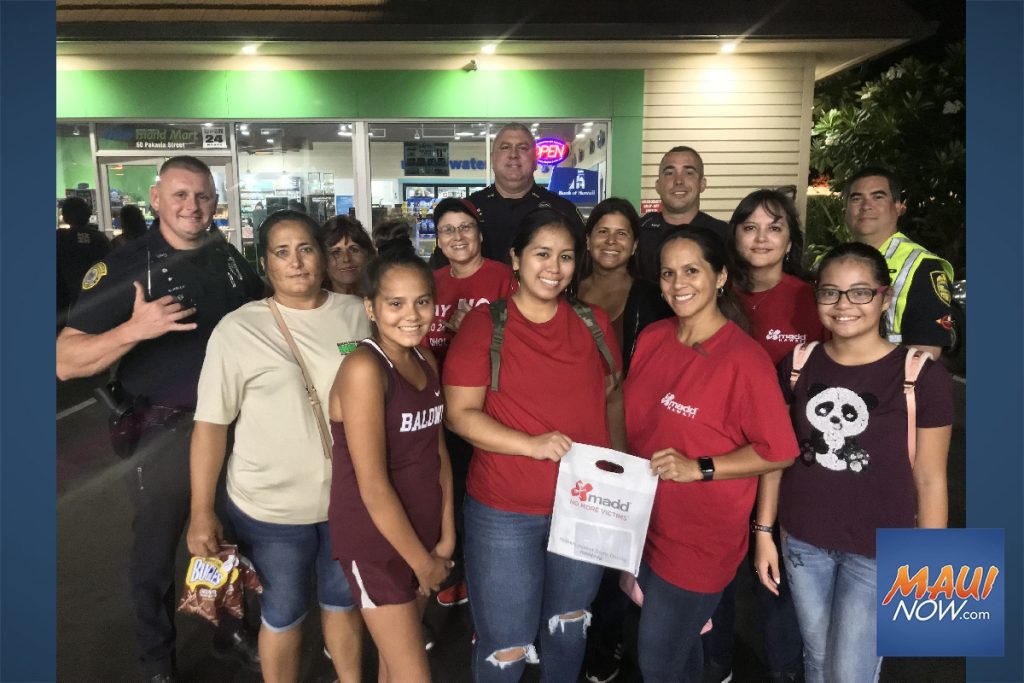 “I’ve been a volunteer for the past 10 years and I basically do whatever I need to,” Maniago said. “If I’m asked to speak at a DUI class, I’ll go to a DUI class and share my story about the loss of my son.”

Throughout the checkpoints, Maniago and about a dozen other volunteers handed out “thank you” bags with informational pamphlets to sober drivers.

“We’re just wanting to bring awareness,” Maniago explained. “There have been so many deaths happening on our roads lately and we just want to say thank you to the people that have been driving safely.”

There have been 15 traffic fatalities in Maui County since the beginning of this year. About half of those collisions involved alcohol and/or drug use.

Maui County also saw 351 arrests for operating a vehicle under the influence of an intoxicant so far this year.

More information on the “Saturation Saturday” campaign is available here.