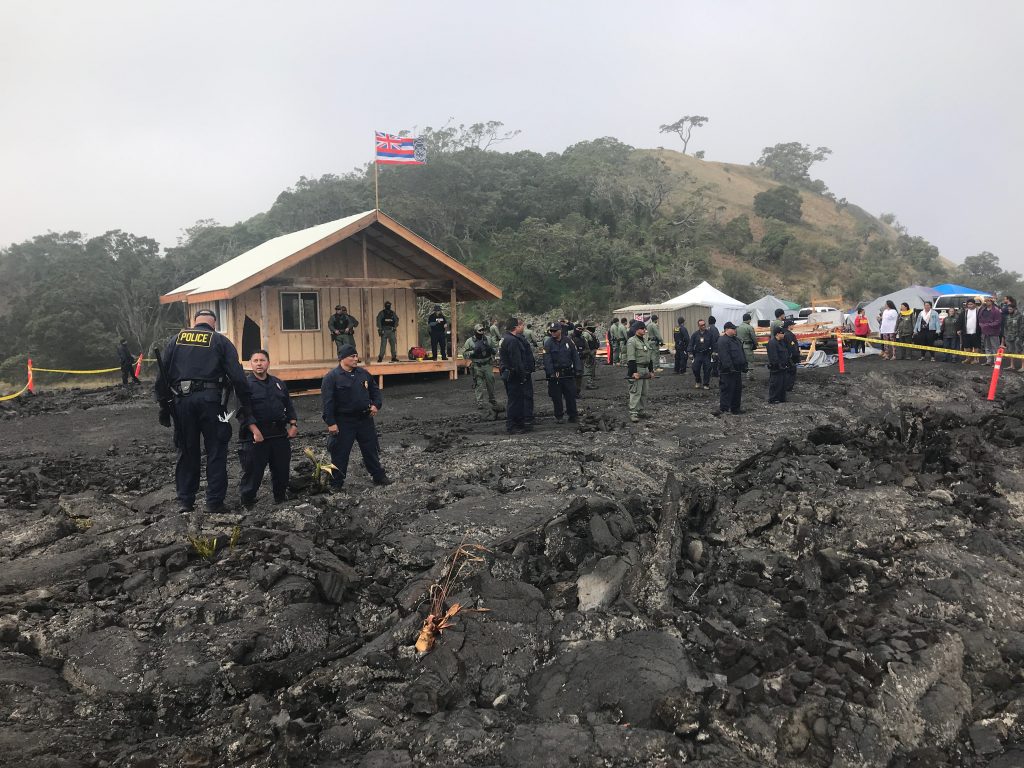 The State of Hawaiʻi will be removing a structure that it says was “unlawfully constructed on Department of Hawaiian Home Lands property.”

The structure was built close to Puʻu Huluhulu (on the Hilo side) as part of an ongoing demonstration against construction of the Thirty Meter Telescope atop Maunakea.

Officials with the state Department of Transportation said, “the structure is unpermitted and presents potential health, safety and environmental concerns.”

Crews from the Hawaiʻi Department of Transportation are tasked with removing the structure at the request of DHHL with the support of Public Safety Department Sheriff’s Deputies and Hawaiʻi County Police Officers.

The Royal Order of Kamehameha ʻEkahi and Puʻuhonua o Puʻuhuluhulu issued a statement regarding the structure on Tuesday saying their focus within the puʻuhonua remains on “providing a safe haven for kiaʻi (guardians) engaged in protecting Maunakea.”

In an updated statement issued this morning, Puʻuhonua o Puʻuhuluhulu indicated that there were two arrests and condemned the state for what they called “selective enforcement of the law.” The complete statement (issued at 10:04 a.m. on Sept. 6, 2019) is posted below:

“Aloha, we are aware that the Department of Hawaiian Homelands has mobilized within the pu’uhonua to deconstruct a building that was constructed this past weekend. Two arrests were made and those arrested by law enforcement went peacefully. This is a highly emotional moment and we ask that everyone remain in kapu aloha as we get through this day. We also ask that those livestreaming be respectful of people’s emotions and keep a distance from those in distress. We condemn every example of the state of Hawai’i’s selective enforcement of the law, especially as it is currently targeting protectors. Undeterred by today’s actions of the state, all in the pu’uhonua remain united and committed to the protection of Maunakea in Kapu Aloha.”

The action comes following a letter issued by Hawaiʻi County Mayor Harry Kim to Hawaiian Homes Commission Chair William J. Aila on Tuesday requesting that the DHHL “immediately investigate the reports of a structure being built near Kipuka Puʻu Huluhulu and to take necessary and appropriate action.”

Aila responded with a statement saying, “Law enforcement has notified protectors at Puʻu Huluhulu that the structure near Kipuka Puʻu Huluhulu is unpermitted. Unauthorized structures on all DHHL lands statewide are addressed in a consistent manner. Following a posted Notice To Vacate, DHHL will remove the structure as soon as resources become available. Abandoned or seized property is then held pursuant to section 171-31.5, Hawaiʻi Revised Statutes. DHHL continues to prioritize the safety of all beneficiaries and the protection of the trust.”

The DHHL posted a Cease and Desist letter stating that “DHHL is the sole owner of the properties described,” and “as the landowner,” “holds exclusive rights to exercise its authority over the subject properties as governed under the Hawaiian Homes Commission Act of 1920.”  The notice further states that parties or groups that they represent are “trespassing on State land and in violation of HRS section 708-814(c).”

The Royal Order of Kamehameha ʻEkahi and Puʻuhonua o Puʻuhuluhulu concluded their joint statement saying, “we reaffirm our commitment to Kapu Aloha and all who remain in the Puʻu honua hold each other to this principle.  It is our hope that all will reach a swift agreement that the TMT project has no place on Maunakea.” 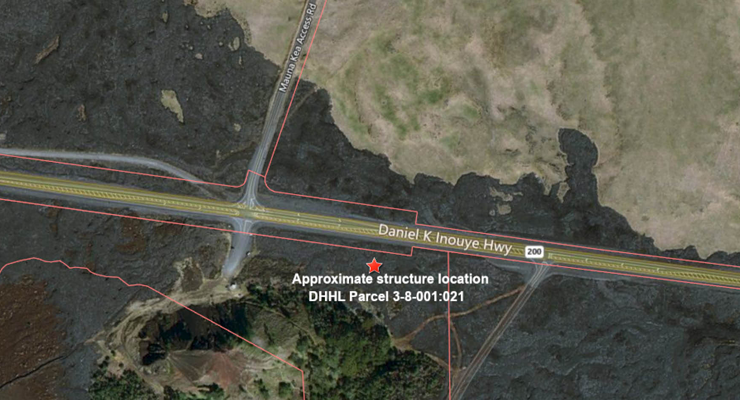 Map showing the approximate location of the structure. PC: DHHL 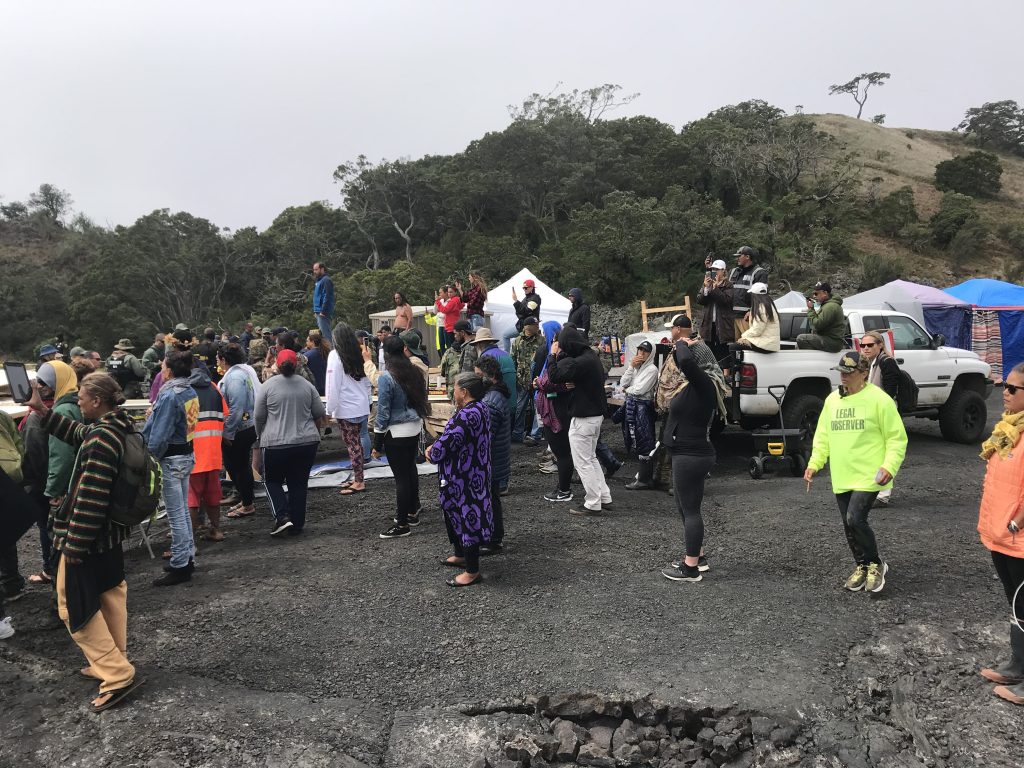 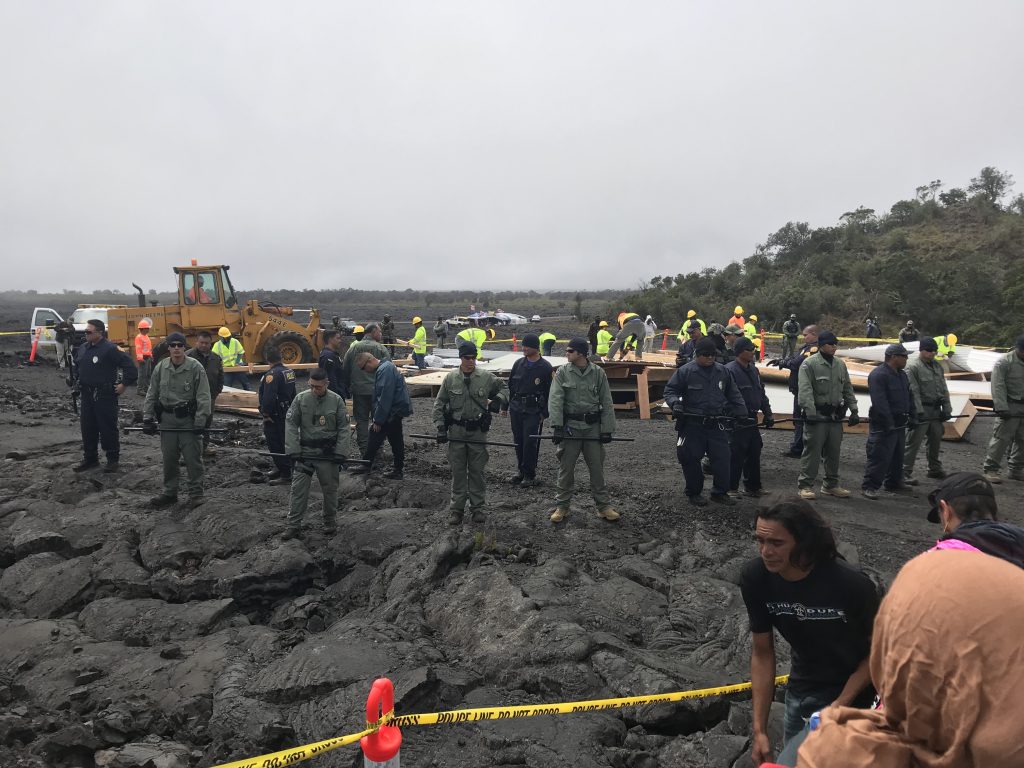 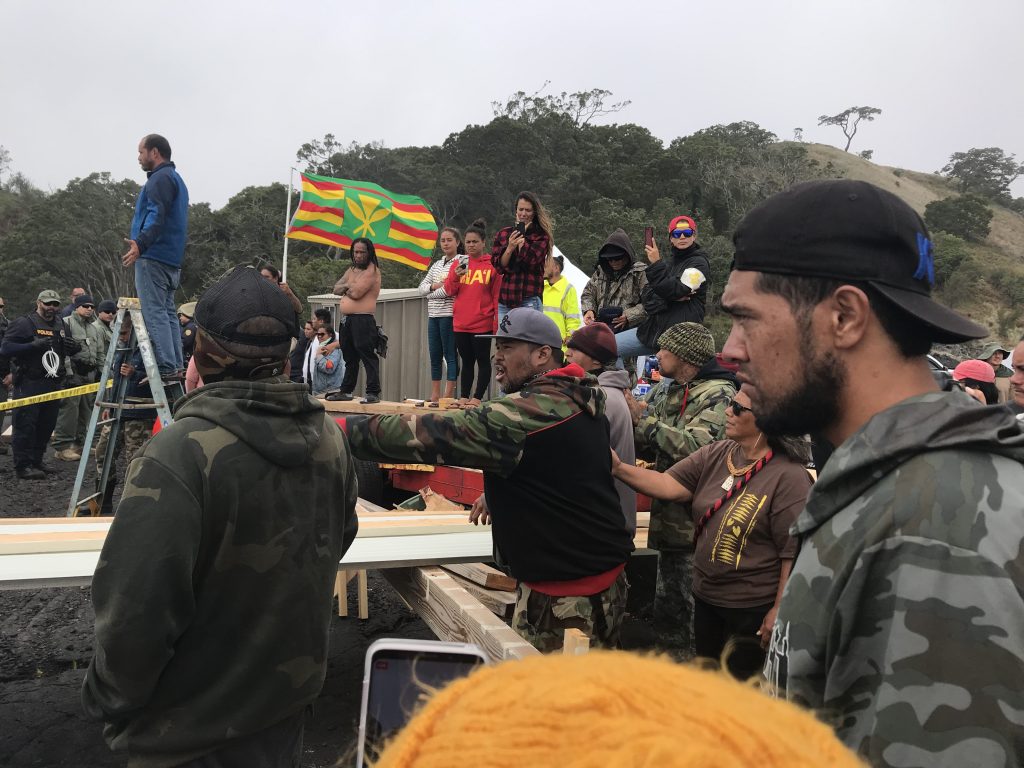 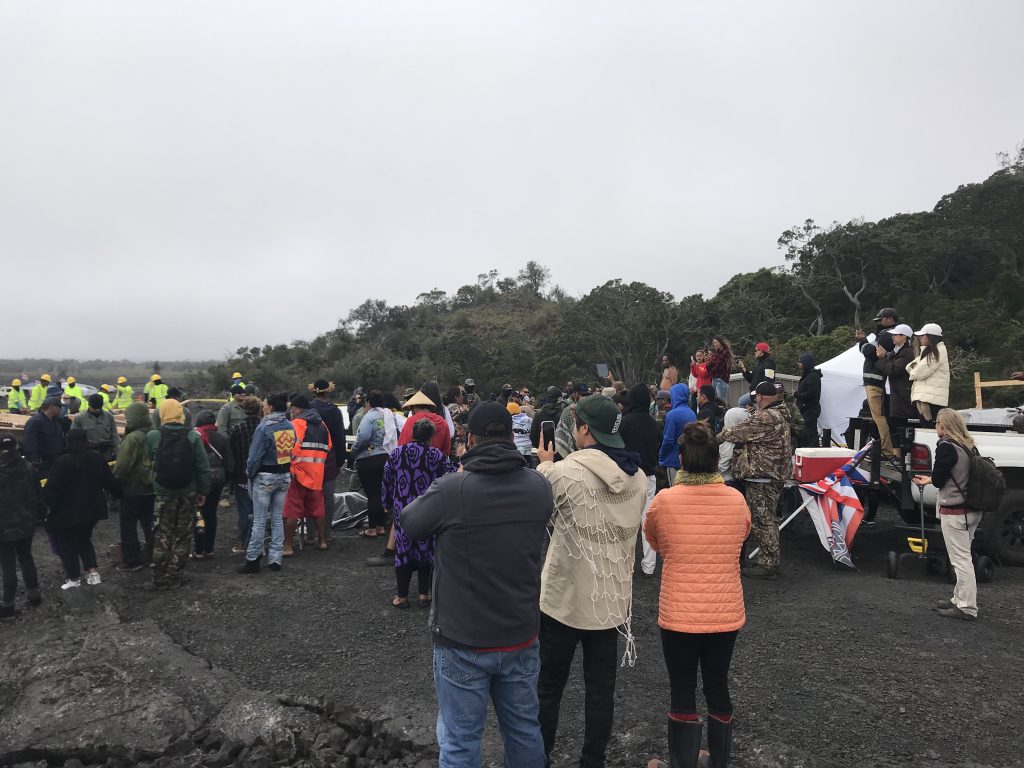 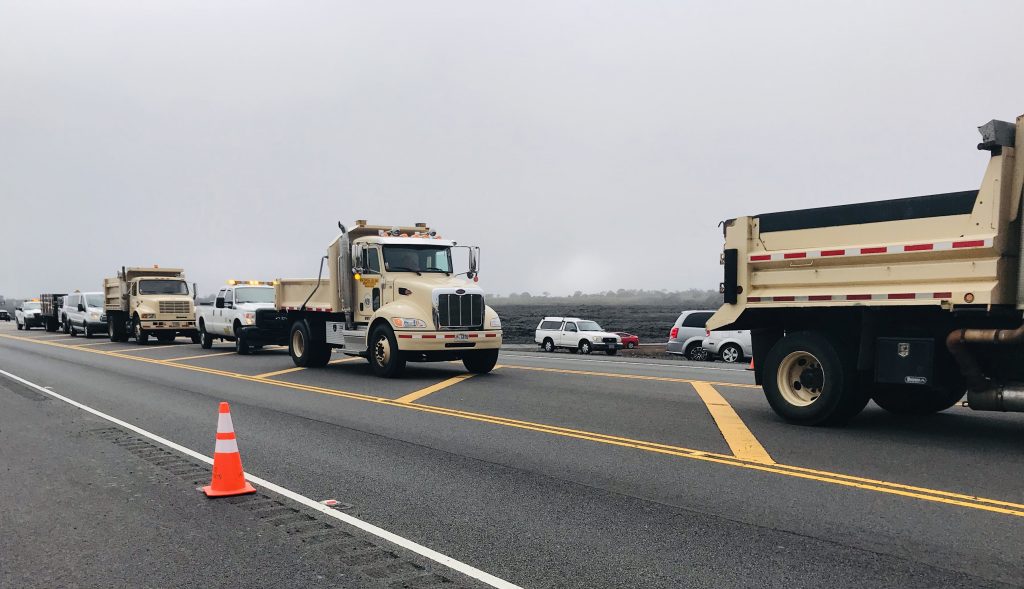