The family of missing person Khiara Henry is offering a $10,000 reward for her safe return, and/or the arrest and conviction of the person or persons responsible for her disappearance.

In the event of multiple tips, the reward will be given to the first applicable tip received, according to a family press release posted on the Find Khiara Facebook page. The instructions for the reward ask tipsters to use the Family Tip Line: (808) 757-5102. 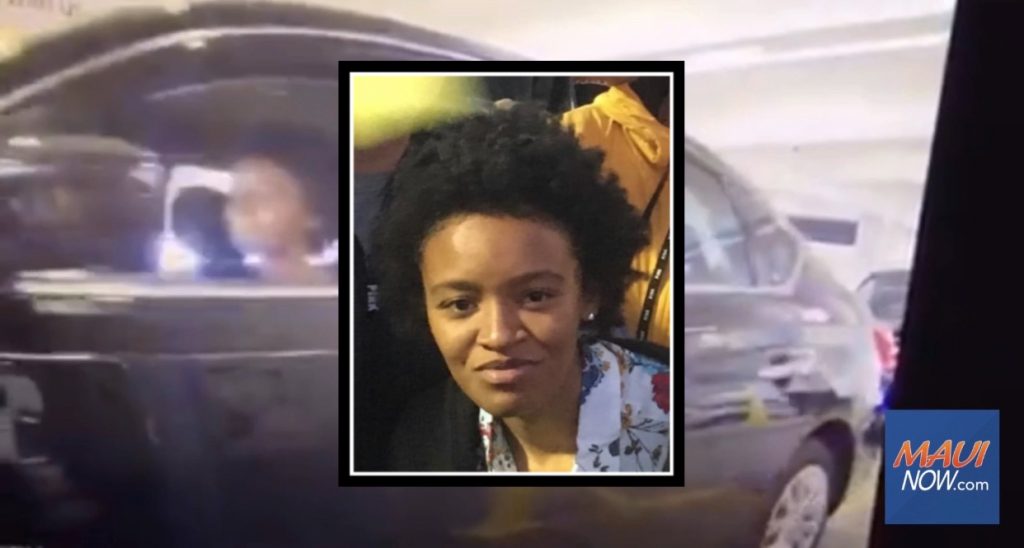 Below is information recounting Khiara’s stay on Maui and last known activity as provided by the family and those working to locate her:

Khiara Henry came to Maui on vacation and was staying at a hotel in Kīhei.

On July 21 at 2 p.m., she rented a car for one night to visit Hāna’s Waiʻānapanapa State Park. Khiara has not been heard from since that day.

On July 25, Khiara’s rental car was noticed and called into MPD as abandoned by park officials. Hertz retrieved the car which had her luggage, as well as her credit card and ID (both hidden in the center console). The contents of the car were reported to MPD. Her cell phone, small backpack and car key were not in the car and have not been located.

Khiara’s cell phone goes straight to voicemail and has not been used since prior to her disappearance. Her credit card and banking activity also stop on July 21.

Khiara did not appear for her scheduled flight home on July 29.

“The mileage on her rental car indicates that it was driven from Hertz directly to Waiʻānapanapa Park;” however, “it’s possible she stopped along the way, but did not veer from the route.:

Khiara’s youngest sister’s birthday recently passed and there was no contact from Khiara which “is completely out of character for their very close relationship.”

Note: The outfit worn in the Hertz video was in the car when it was found, “indicating she changed her clothing.” The white shirt she was wearing when checking out of her Kīhei hotel earlier that day was not in the car, “leading us to believe she was likely wearing it again when she went missing,” according to the family update.

Upon the family’s request the video was released. Authorities had released video of Khiara at her hotel in Kihei earlier on in the investigation and those images provided clearer video of her.