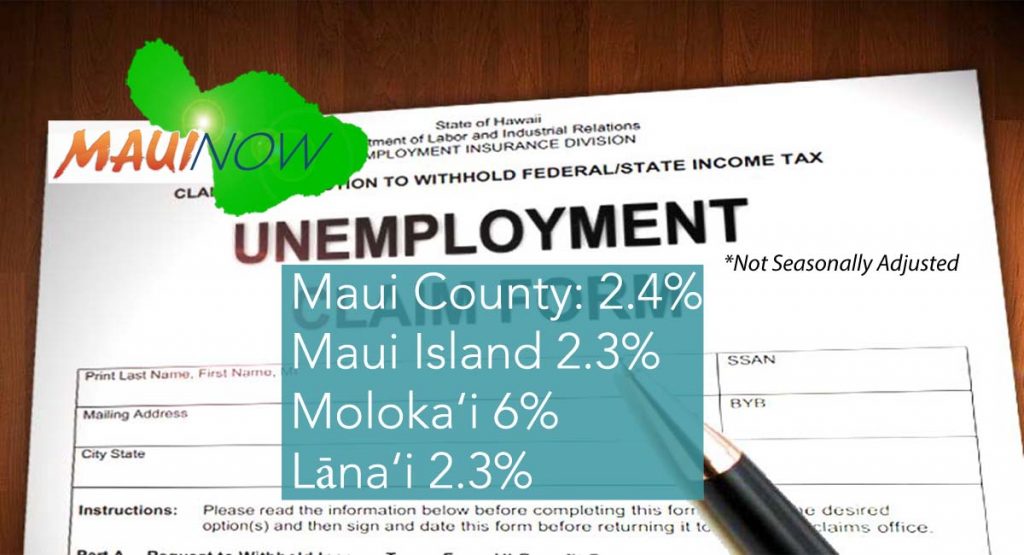 Statewide, 18,000 residents were unemployed in August. Nationally, the seasonally adjusted unemployment rate was 3.7% in August, the same as in July of 2019.

In another measure of employment, the DLIR reports that total non-agricultural jobs declined by 1,800 over-the-month.

Meantime, Employment in Financial Activities remained stable.  Government decreased by 2,400 jobs. And, in comparison with August 2018, total non-farm jobs have expanded by 600, or 0.1%.