James Espaniola, an employee with the State Division of Forestry and Wildlife, Maui District, received The Nature Conservancy’s Kāko‘o ‘Āina Award this past weekend at a community gathering on Moloka‘i. 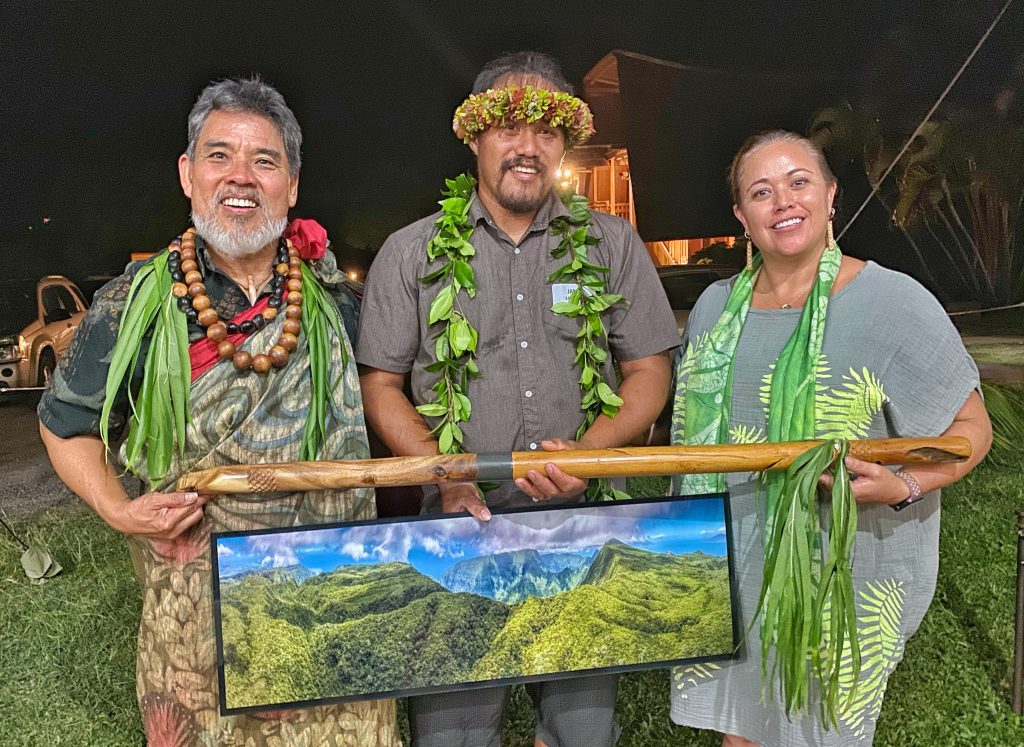 Established in 2006, the award honors individuals who have provided significant and long-standing support for conservation in Hawai‘i. Kāko‘o ‘āina means, literally, “one who supports the land.”

“If there is a conservation project happening on Molokaʻi, it’s a pretty good bet that James Espaniola is leading or in the middle of it,” said Ulalia Woodside, the executive director of TNC’s Hawai‘i Program. “For the last 20 years, he has applied his knowledge, experience, skills and work ethic to protect and advocate for the island’s natural resources. He is a true conservation warrior.”

As a DOFAW employee, Espaniola has spent the last seven years with the State’s Natural Area Reserve System, protecting special places like Olukuʻi and Puʻu Aliʻi on the Molokaʻi’s North Coast. He is also a contributing member of the East Molokaʻi Watershed Partnership, chair of the Molokaʻi-Maui Invasive Species Committee, State Aha Moku representative for Kalaupapa, and Molokaʻi’s representative for the Na Ala Hele trail system.

Beyond that, does stream monitoring and animal and weed control, outplants native plants and builds fences. Currently, he is leading three different fencing projects within the East Molokaʻi watershed.

At The Nature Conservancy’s Moʻomomi Preserve, Espaniola helps with nest monitoring and bird banding of the burgeoning wedgetail shearwater population. He also contributes his time and State resources for numerous community projects—providing vehicle or helicopter support, for example, to haul away the tons of marine debris collected at Molokaʻi beach and coastal clean-ups or removing large fishing nets off the island’s coral reefs.

Born and raised on Molokaʻi, Espaniola attended Oʻahu’s Kamehameha Schools as a boarder, graduating in 1999. He then served as an AmeriCorps volunteer and field tech with TNC’s Molokaʻi Program.

After attending Maui Community College, he worked for the Research Corporation of the University of Hawaiʻi, helping manage a native plant nursery under Bill Garnett. And before joining Maui DOFAW, he spent 10 years at the Kalaupapa National Historical Park, where he helped control the axis deer population that was devouring the peninsula’s coastal vegetation. It was at Kalaupapa that James met his wife, Erika Stein Espaniola, now the park superintendent and mother of their two children.