The first public hearing of the House of Representatives’ impeachment inquiry for the president is drawing comment from Hawaiʻi’s congressional delegation.

US Senator Brian Schatz called it a “solemn time for our country,” saying that “although impeachment and removal are severe consequences, so too are the high crimes being alleged.”

He said “the safeguards built into the Constitution only work” if there is “courage to use them.”

In a statement issued this morning, Sen. Schatz said, “The path forward is clear: we must honor our oath, present the facts to the American people, and hold the president accountable.”

The House Permanent Select Committee on Intelligence Chairman Adam Schiff issued an opening statement at the first open hearing as part of the impeachment inquiry into President Donald J. Trump.

Chair Schiff said the questions presented by the impeachment inquiry include the following:

Chair Schiff said, “The matter is as simple, and as terrible as that. Our answer to these questions will affect not only the future of this presidency, but the future of the presidency itself, and what kind of conduct or misconduct the American people may come to expect from their Commander-in-Chief.”

A live stream of the hearing is available HERE. 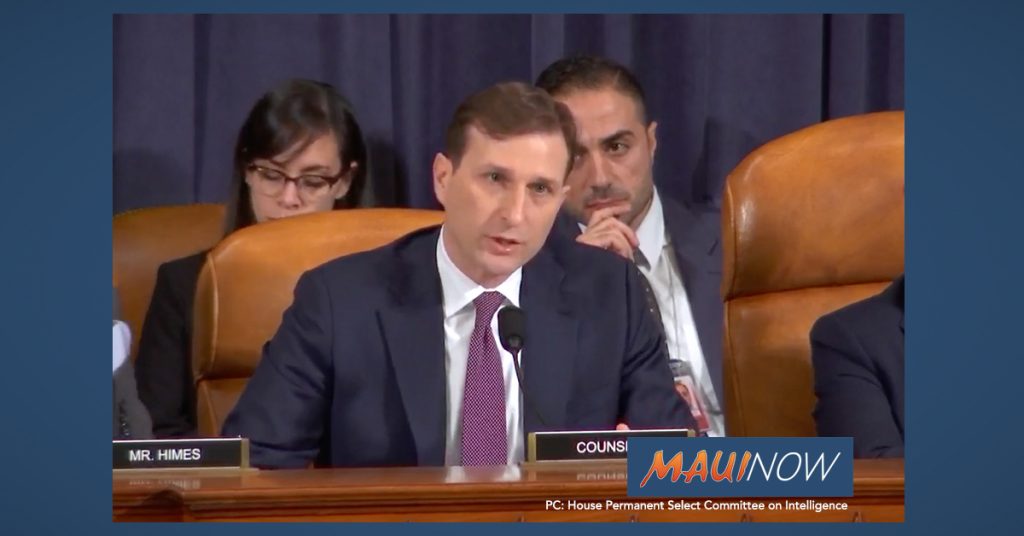