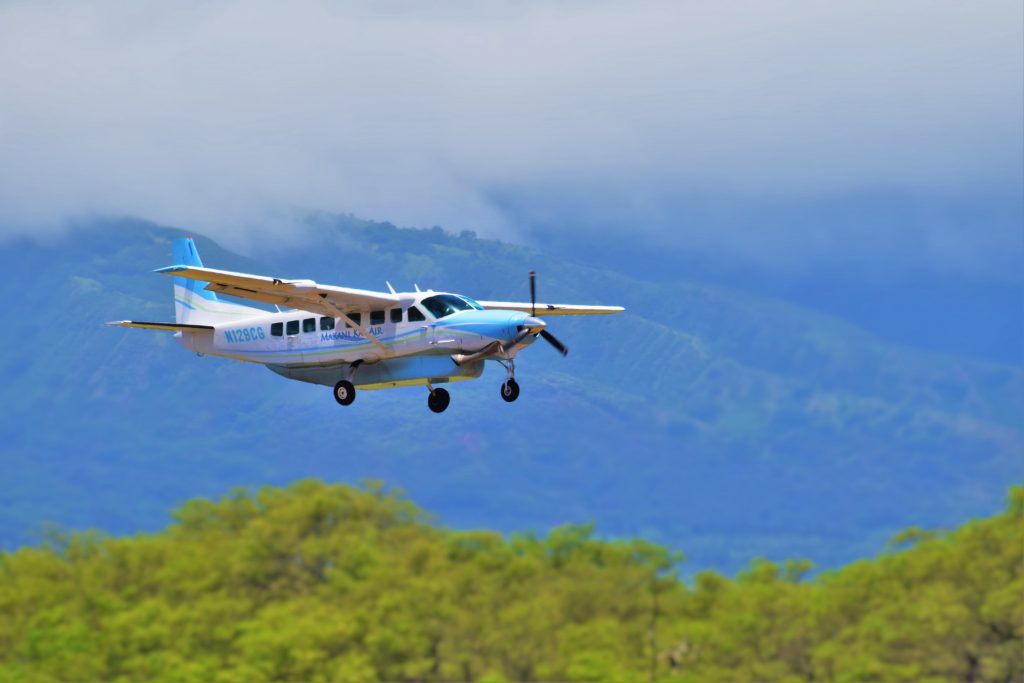 Makani Kai Air has been awarded the Essential Air Service contract for Hāna, Maui, set to start on Dec. 1, 2019.  The contract, issued by the Federal Department of Transportation, is for two years and includes twice-daily service between Kahului and the East Maui community of Hāna.

Richard Schuman, president of the airline said, “Just as we have on Molokaʻi, on Maui and the Big Island, we intend to serve the residents first. We will fly when the locals want us to fly and offer them the same flat-rate airfare that has made us a success elsewhere. The airfare is $55.50, one way. That’s for every seat, on every flight, every day.’”

One of the Hāna businesses Makani Kai Air will support is Hāna Air & Ground Tours, a new company founded by Hāna resident Kai Funes Smith. “I’m happy to have Richard’s support and encouragement for our new venture. The tour companies that serve Hāna today benefit the folks in Kahului, Honolulu or the mainland. Our company is the only one of its kind based in Hāna,” said Smith.

The other airline competing for the contract was Mokulele Airlines.