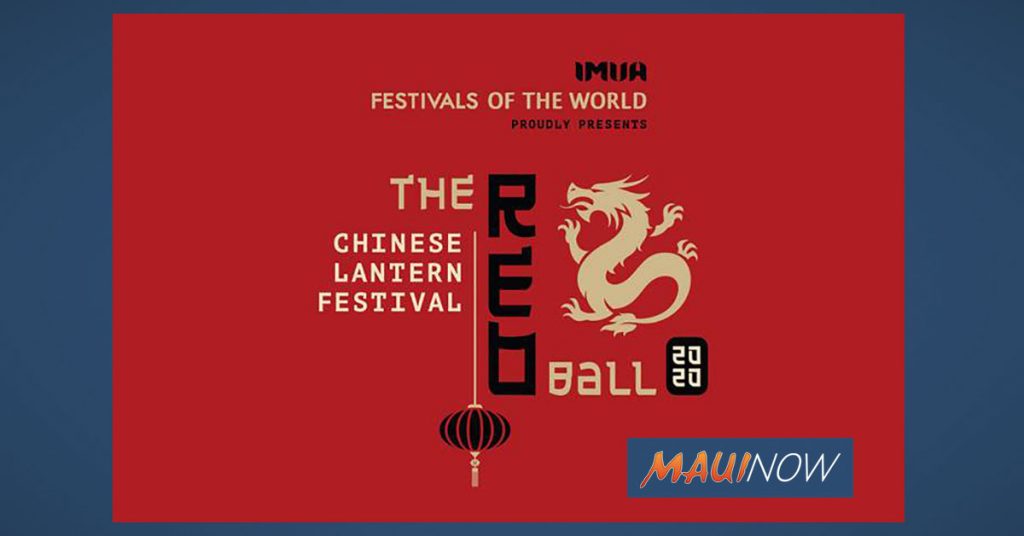 Imua Family Services announced this year’s annual gala, The Chinese Lantern Festival – The RED Ball. The third installment of the Festivals of the World events series will be held on Saturday, April 4 at the Hyatt Regency Maui in Kāʻanapali.

The event raises vital funds for early childhood development programs and services that meet the diverse needs of Maui County’s children with disabilities and developmental delays.

This year’s event will take guests to China for a “Night of 1,000 Lanterns,” featuring an evening of traditional and contemporary Chinese entertainment and cuisine where opportunities for good fortune, prosperity and happiness will abound. Lantern Festivals are traditionally the last day of the Chinese New Year Festival and are celebrated on the first full moon night, marking the return of spring and the reunion of the family and dates back 2,000 years.

This year’s gala fundraiser will present three legacy awards to community members and organizations celebrating their commitment to our island community, including: Dr. Frank R Baum, M.D. for Outstanding Pediatrician of the Year; PSAV for Outstanding Community Partner of the Year; and Bendon Family Foundation for the Legacy Commitment Award.

The gala’s theme will spotlight inclusion of all children no matter what developmental challenges they may experience. Following the main event is the Hong Kong Nightlife After Party, featuring Next Level Entertainment Hawaii which will keep Ka’anapali dancing until 2am!

On April 4, the Hyatt Regency will be transformed into a Chinese palace beginning with the Joy Luck Cocktail Reception featuring traditional Chinese performances and cocktails. A prize will be given to the most beautiful red gown or ensemble. Following the reception, The RED Ball, in the Monarchy Ballroom will include a spectacular stage show with a special guest performance by the Sing Yung Dragon and Lion Dance Association, the Fusion Dance Project and special guest star recording artist, theatre, television and film actress, Ashley Loren.

Ashley Loren can currently be seen as the standby for Satine in Moulin Rouge on Broadway. She also starred in For The Record’s production of BAZ, played Ursula in Reprise 2.0’s inaugural production of Sweet Charity directed by Kathleen Marshall and was also featured on the Season 2 premiere of NBC’s This Is Us.

Ashley has a film currently in post-production called Be The Light (Dir: Malcolm Goodwin) slated to premiere in early 2020. Ashley was also seen in the Broadway revival of Jekyll & Hyde (and it’s national tour) and played Extraordinary Girl in Greenday’s American Idiot in LA. She was featured on Season 8 of American Idol, was signed to Universal Music Group/Island Def Jam and traveled the world singing with artists such as Bono/U2, Angelique Kidjo, Lupe Fiasco, Dev Hynes/Blood Orange, and Yoko Ono. 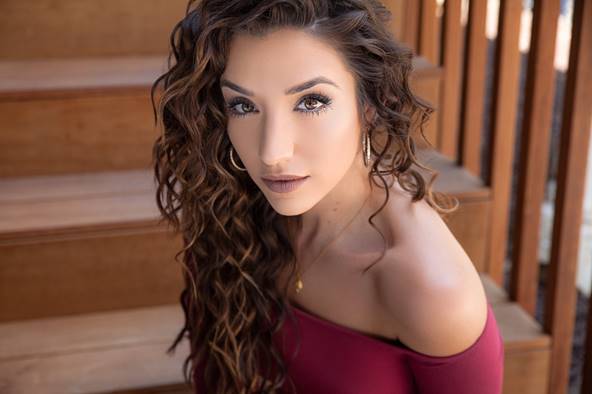