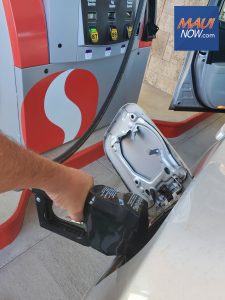 So far into the new year, gas prices in many areas throughout the islands are about 40 cents higher than they were at the start of 2019, AAA Hawai’i Weekend Gas Watch announced on Thursday.

According to AAA Hawai’i officials, Middle East tensions do not appear to be affecting Hawai’i gas prices.

On Thursday, the statewide average price is $3.66 a gallon, which is the same as the week before, 1 cent higher than a month ago, and 37 cents higher than a year ago, GasPrices.AAA.com reported.

In Honolulu, Thursday’s average price for regular was $3.53, which is the same as the week before, the same as a month ago and 40 cents higher than on this date last year.

“Currently, the incidents between the U.S. and Iran have not affected prices locally,” AAA Hawaiʻi general manager Liane Sumida said in a press release.