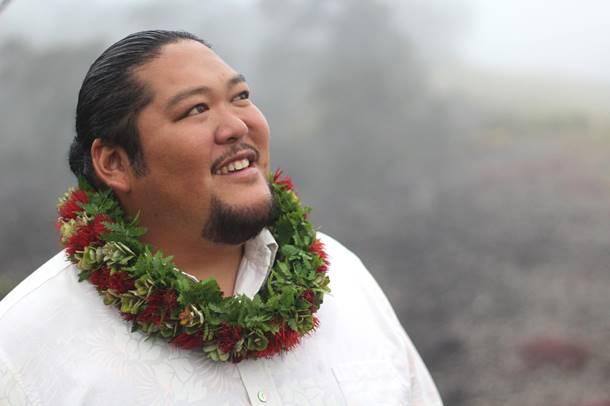 The 14-time Nā Hōkū Hanohano award winner from Hilo, Hawaiʻi will perform favorites from hit albums, including the latest collection of songs from his 2018 release, Lei Lehua.

After a five year hiatus from solo Hawaiian releases, Lei Lehua is a celebration of Yamanaka’s love for his hometown, his love for his family, and his growth as a musician, vocalist and composer. He has never released a selection as personal as that one, with eight of the 14 tracks written or co-written himself.

A father of three, Mark released his debut album, Lei Pua Kenikeni, in 2010. It went on to win four of the most coveted awards at the 2011 Hōkūs; and in 2013, he followed that success with the release of Lei Maile. Just as successful as its predecessor, Lei Maile also received four awards at the 2014 Hōkūs. In 2015, he collaborated with his close friends, Kūpaoa, to release a holiday album, A Gift of the Heart. That album was named Christmas Album of the Year at the 2016 Hōkūs.

Concerts at The Shops, which features headlining musicians from all the Hawaiian Islands, is a free monthly benefit concert series held at The Shops at Wailea. This community event occurs on the third and fifth Wednesday of every month, and is currently hosted in the upper level luxury wing, with select tenants featuring special offers on event days.

In a continued effort to give back to the community, The Shops at Wailea supports a different Maui non-profit each month with a portion of the special event parking fees going to the selected charity. The non-profit recipient for the month of February is Maui Food Innovation Center, a unique first-in-state incubator fostering “Agribusiness and Foodpreneurs x-celeration and education.” Part of the University of Hawai’i Maui College, located in Kahului, MFIC is helping build a stronger, economically diverse, and sustainable Maui by supporting the value-added food industry. MFIC assists its community by providing technological expertise, innovative training, consultation, a manufacturing facility, and a Resource Hub for new and established food entrepreneurs endeavoring to bring their products to market locally, regionally and nationally.