Bail Remains at $500K For Suspect in Fatal Lahaina Assault 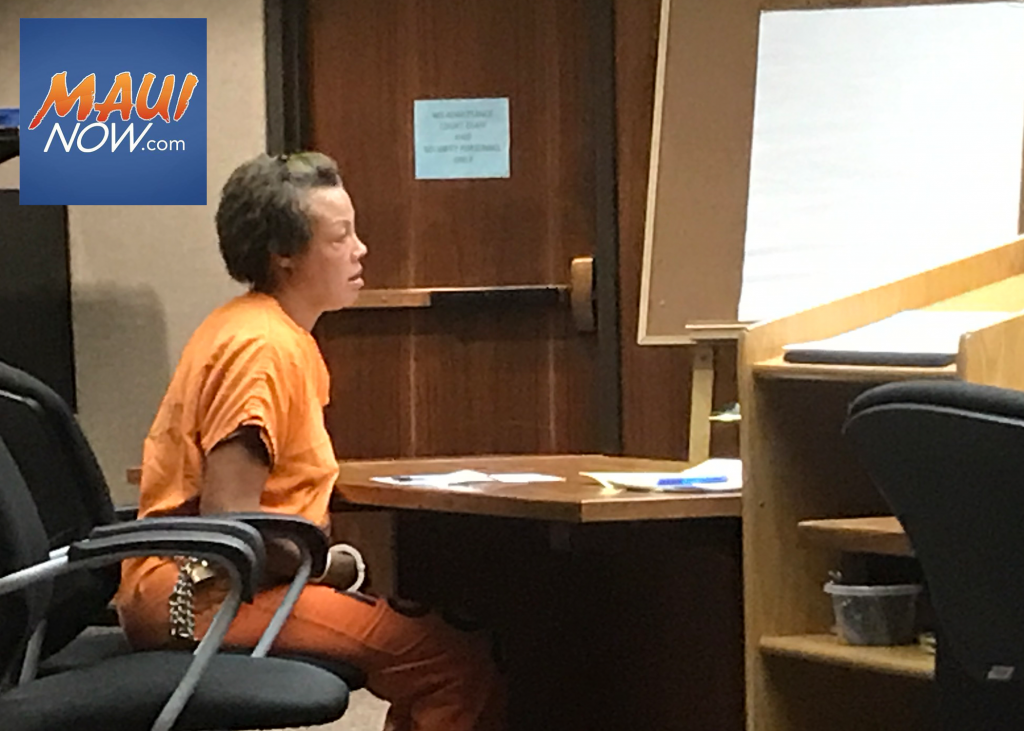 A preliminary hearing was held on Monday afternoon for a Lahaina woman who was formally charged with second degree murder.

Heather Glennon, 46, was arrested on Feb. 2 after allegedly assaulting 51-year-old Christopher Flanagan outside of the Waineʻe Street McDonaldʻs in Lahaina.

One of the witnesses, William Thompson, 55, of Lahaina, testified that he recalled sitting on a curb outside of the McDonaldʻs drinking vodka with Flanagan, Glennon, and Glennonʻs boyfriend a little after 7 on the night of the incident.

Thompson said Glennon became upset after Flanagan grabbed her bottle of vodka and the two engaged in a “scuffle.”

As tensions escalated, Thompson said he walked away from the group to avoid becoming involved.

Shortly after, Thompson claims that Glennonʻs boyfriend approached him and punched him in the head three times.

According to Thompson, his left eye began to bleed “profusely,” but he saw Glennon strike Flanagan with the bottle of vodka a couple of times from his right eye.

Flanagan appeared to have been sitting before being hit and fell to the ground shortly after, Thompson said.

When asked to characterize the intensity of the blows on a scale from one to 10, Thompson responded, “about two or three.”

“I know Heather (Glennon) real well. I donʻt think she meant any harm,” Thompson mentioned during his testimony.

Another witness, Lahaina resident Ricky Vargas, said “I donʻt like this person,” while describing Glennon.

“She making too much trouble almost everyday in Lahaina,” Vargas asserted.

Vargas remembered waiting in a car in the Foodland parking lot while his girlfriend was shopping when he heard someone yelling profanities.

Soon after, he said that he saw Glennon punch Flanagan about five times in the upper body with her fists, but did not specify in which exact area.

Vargas also mentioned seeing Glennon hit Flanagan using a reflective object that he could not clearly identify, but portraying all of the blows as a “10” on a scale from one to 10.

During his testimony, Vargas left the stand to demonstrate what he saw during the incident.

Motioning with his hands, he described Flanagan on the ground, unable to defend himself.

The reenactment drew tears from Glennon.

Matsuura said that Dr. Martin Ishikawa determined Flanaganʻs death was a homicide based on multiple blunt force trauma to the head.

Ishikawa originally agreed to testify during the hearing, but was absent because he had to complete another autopsy on Kauaʻi.

A second hearing is scheduled for next week.