County council members met on Tuesday afternoon to discuss a bill aiming to ban the use and sale of single-use disposable plastics throughout Maui County.

“Thereʻs a lot of data that says these single-use plastics are the main contributors of pollution,” said Councilmember Shane Sinenci, who heads the Environmental, Agricultural, and Cultural Preservation Committee, which introduced the bill.

Sinenci said that the proposal builds on the polystyrene food container and plastic bag bans that went into effect in 2018.

Sinenci also noted that community members and students from across the island have shown their support for the bill.

One of those advocates is Gretchen Losano–who heads a food composting program at Lahaina Intermediate School.

At todayʻs meeting, Losano presented a pile of more than a dozen large trash bags of plastic foodware she says she collected from the schoolʻs lunch period over the course of a month.

“Basically, I collect it, I wash it, and then I started realizing it was a whole thirteen gallon trash bag a day,” Losano explained.

Losano hopes Hawaiʻiʻs schools can reinstate dishwashers and reusable food ware in the near future.

“We canʻt continue to spread this message to our kids that just using something one time and throwing it away is okay,” Losano said.

If passed, the measure would prohibit plastic straws, utensils, cups, and plates–all items that cannot be recycled in Maui County.

Workers at Aloha Thai Fusion say they distribute plastic straws and utensils, but offer plates and take out containers made from paper.

“We try and stay away from plastics as much as we can,” Cook Cody Marten said.

Losano considers the potential ban a necessary step towards reducing pollution throughout the county.

“We gotta make the change at the government level first,” Losano asserted.

The bill now has to pass two readings in front of the full council to become a county ordinance.

If passed, the ban could go into effect next year. 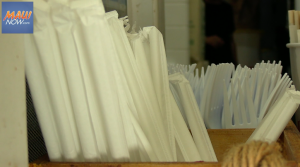 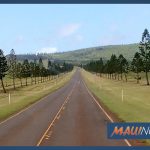 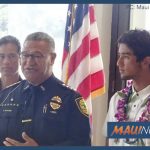