A fire on Kahoʻolawe continues to burn into a fourth day, and has already blackened nearly 20% of the island, according to an update issued this morning by the Kahoʻolawe Island Reserve Commission.

The fire was first reported on Saturday on the southwest end of the island near Kealaikahiki and burned all the way to Honokanaiʻa.

According to the KIRC, the organization’s base camp was spared, with the exception of a compost toilet that was lost to the blaze. 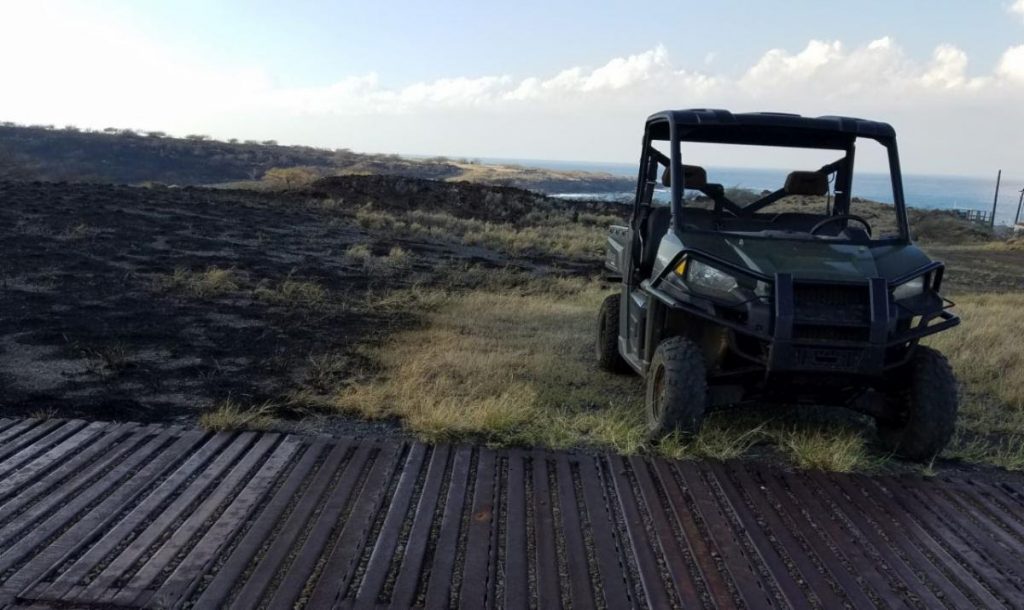 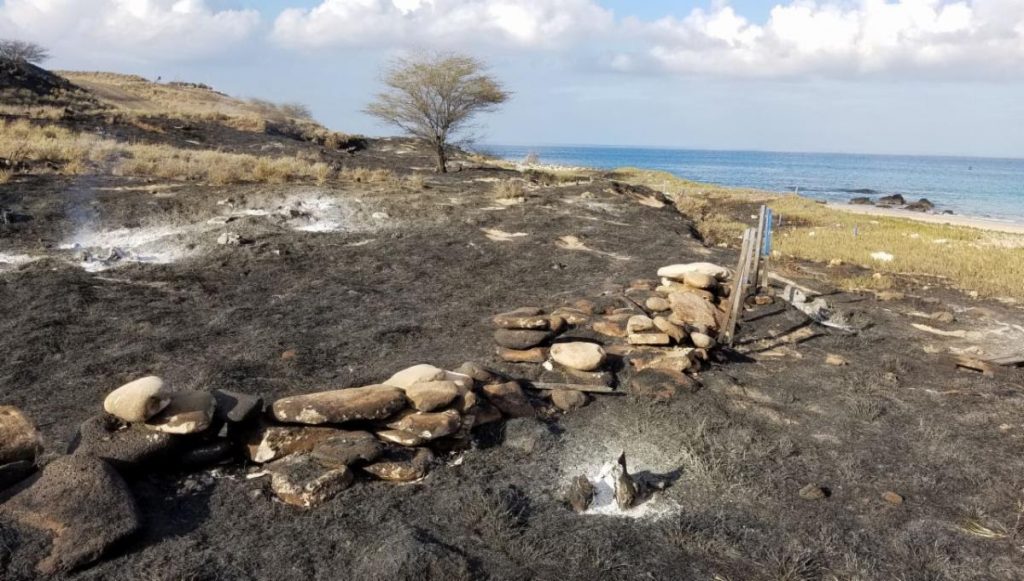 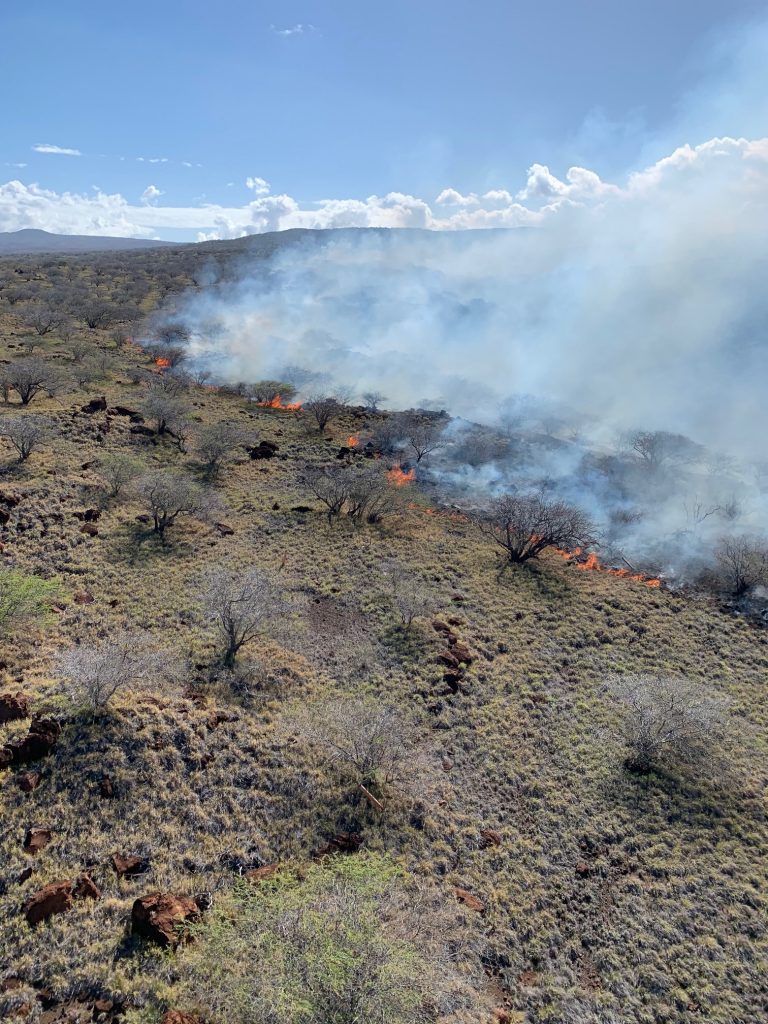 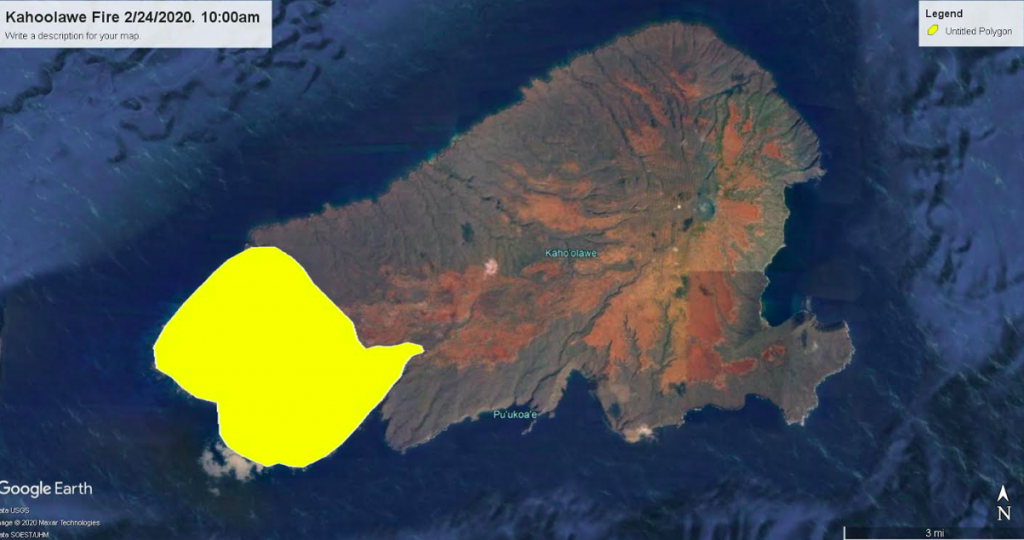