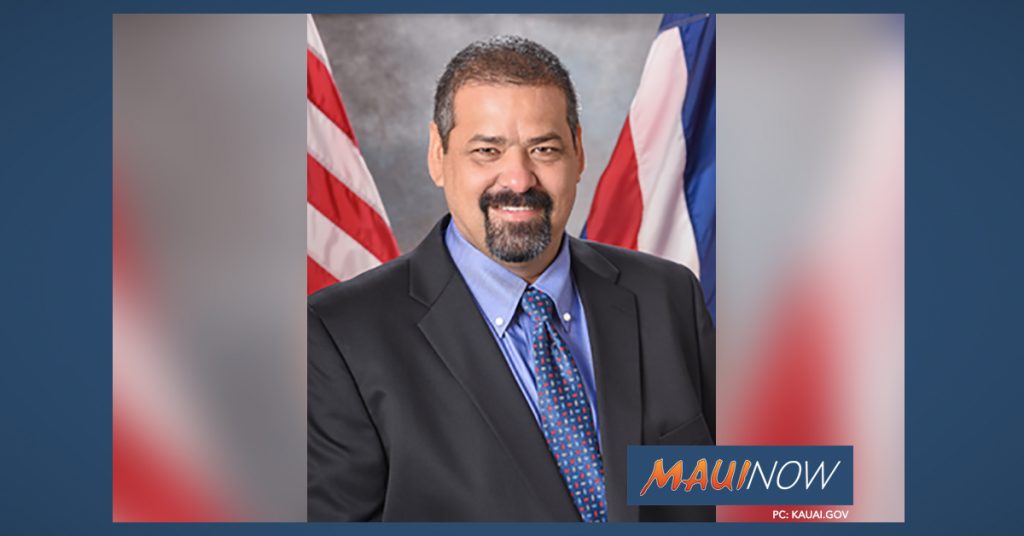 “The suspects under indictment today were identified as part of a major drug trafficking organization that has been supplying a significant amount of methamphetamine throughout the community,” said Chief of Police Todd G. Raybuck in a statement.

“They now face felony charges under a federal indictment for conspiring to distribute methamphetamine and other crimes,” said Chief Raybuck.

The Kaua‘i Police Department initiated a narcotics investigation and worked in conjunction with federal agencies to carry out the arrests. According to KPD, the investigation expanded to identify a drug trafficking organization that was responsible for selling large quantities of methamphetamine on Kaua‘i.

Due to the size and scope of the investigation, KPD partnered with a number of federal law enforcement partners – the Bureau of Alcohol, Tobacco, Firearms and Explosives; Homeland Security Investigations; the US Attorney’s Office for the District of Hawai‘i; the Federal Bureau of Investigation; the US Marshals Service Fugitive Task Force; and the US Postal Inspection Service Team.

Kaua‘i police, along with their federal partners, have been working together on this long-term investigation to establish and identify the island’s major players in promoting and distributing narcotics.

A press conference regarding today’s event will be held at 8 a.m. Friday at KPD headquarters in Līhu‘e.