Maui Mayor Michael Victorino expressed condolences today to family, friends and the Native Hawaiian community for the loss of cultural leader Leslie “Uncle Les” Kuloloio, who passed away on Saturday.

“Uncle Les was a true Hawaiian civic leader,” Mayor Victorino said in a statement. “His passing is a great loss for our community. Joycelyn and I send our heartfelt sympathy to the Kuloloio ʻohana and everyone in our community who has been touched by Uncle Les’ deep spirituality and knowledge of Native Hawaiian culture.”

Les Kuloloio was a featured practitioner for the 2018 ʻAimalama Lunar Conference.  The conference described his work, calling him “a beloved kūpuna and longtime community activist hailing from māmala o Kuloloiʻa, known in modern times as Honolulu Harbor.”

He was also described as “an avid fisherman,” who received “valuable ʻike from his kūpuna regarding the kai and other traditional practices.”

He was one of eight members appointed from a list of nominees submitted by the Aha Moku Councils of each island, and served as the Kahoʻolawe Poʻo representing Moku O Kanaloa.

According the organization’s website, Kuloloio had ancestral and cultural connection through both of his parents’ genealogy to the island of Kahoʻolawe.  Over the years, he has reportedly been involved with the Kahoʻolawe Island Reserve Commission and the Protect Kahoʻolawe ʻOhana.

He has been a vocal advocate for the protection of the island and oversaw many blessings and ceremonial events on the island of Maui.  In 2007, he sat through the lengthy Superferry hearings, expressing concern over impacts to the island’s cultural and natural resources. 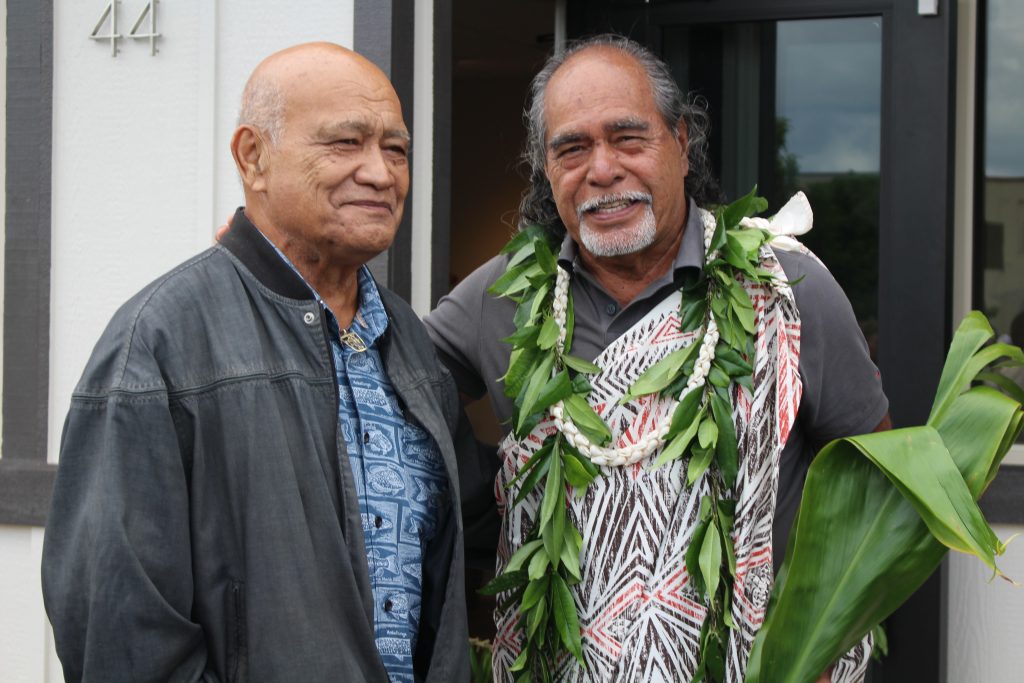 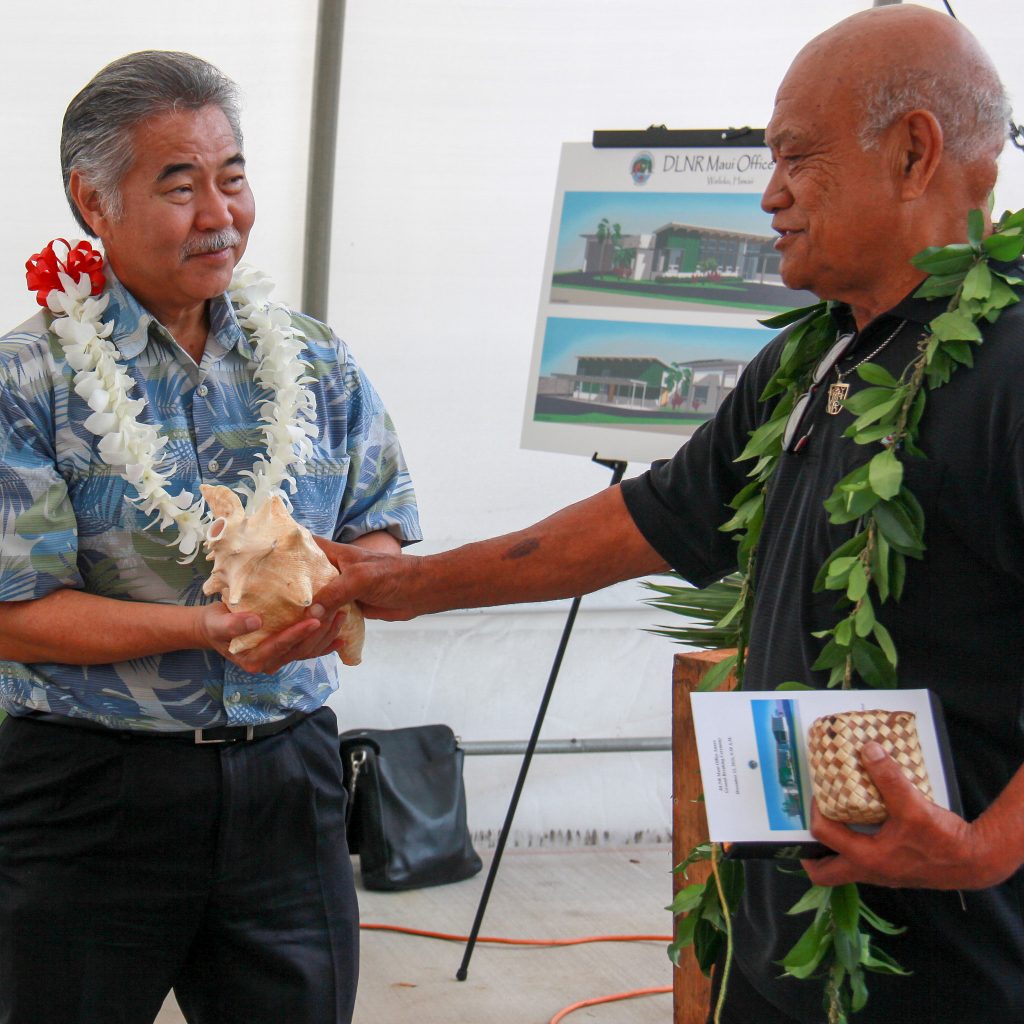 Gov. David Ige (lt) and Leslie Kuloloio (rt). at the blessing and groundbreaking ceremony for the DLNR Maui Annex. PC: 12.12.16 Office of the Governor/State of Hawaiʻi.