Six people aboard a Blue Hawaiian helicopter flight are safe after a precautionary landing reported near Leilani Estates in Puna at around mid-day on Thursday, March 5, 2020.

The helicopter had launched from the Hilo base on the “Circle of Fire” tour, according to company representatives. The five passengers on board and the pilot are safe and accounted for, according to the company.

“The safety of our passengers and pilot are our always top priority, and the pilot’s decision to safely land the aircraft is always the right decision. Local emergency services were called and we have notified the FAA and NTSB. We are committed to working closely with both the FAA and NTSB,” company officials said in a statement. 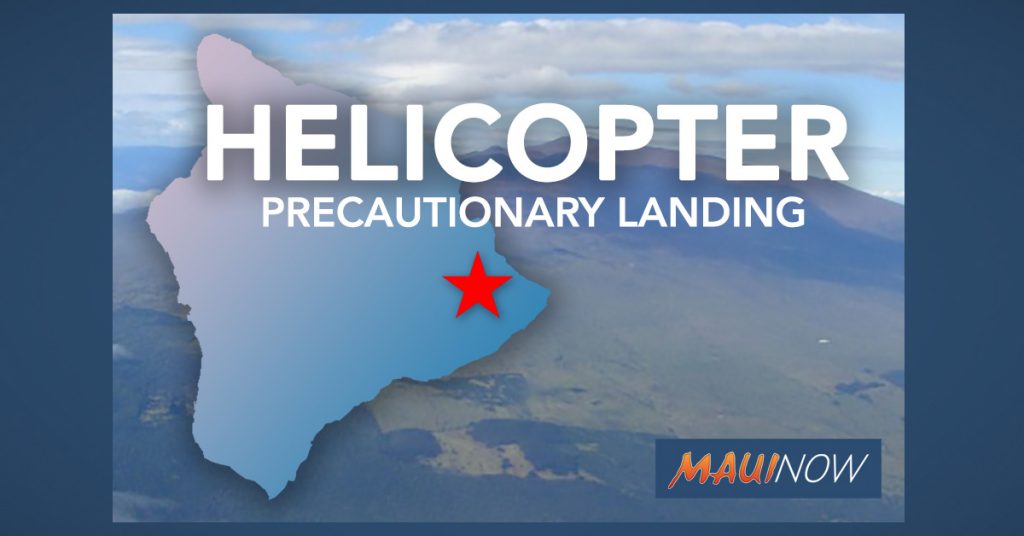 Fire crews on Hawaiʻi Island are reportedly responding to a downed helicopter in Puna.  Our sister site, Big Island Now reports that the chopper is in an inaccessible area, and initial reports indicate there are only minor injuries.

*This is a developing story.