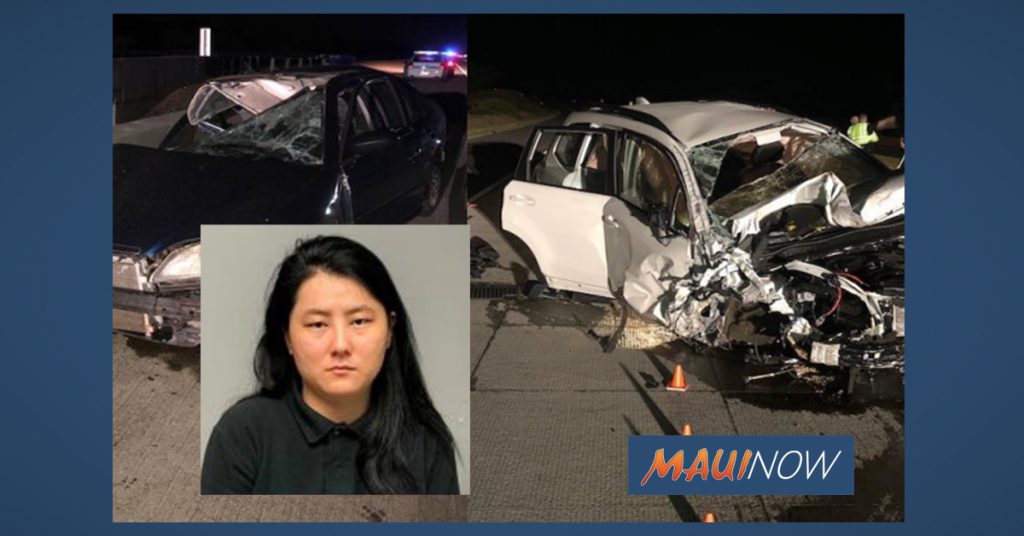 Jio was arrested at 7:45 a.m. by officers from the Maui Police Department Traffic Division, Vehicle Homicide Unit.  She was charged with manslaughter, operating a vehicle while under the influence of an intoxicant, excessive speeding and reckless driving of a vehicle.

Jio was being held in lieu of $100,000 bail. The case is currently redacted and a court date is not yet posted.

Lt. William Hankins, Commander of the Traffic Division said, “Motor vehicle crashes that involve a fatality are very complex and time consuming investigations. Our team of investigators spent countless hours to conduct a complete and detailed reconstruction of this crash to determine the speed of the vehicles involved, as well all factors that contributed to this preventable crash and untimely death of Hannah Brown.”

The charges stem from a crash reported at 1:27 a.m. on June 23, 2019, on the Kūihelani Highway, three miles north of the Honoapiʻilani intersection.

Maui police say Brown of Wailuku died at the scene. She was a passenger in the Honda Civic.  The operator of the Honda, a 19-year-old Kahului man was treated for non-life threatening injuries.  Jio did not sustain any injuries in the crash.

Since Brown’s passing, friends and family organized an annual Hannah Brown Memorial Impaired Driving Checkpoint, which will take place annually.  Hannah Brown was a vibrant teen that enjoyed hula, paddling, zip-lining and adventure.  Friends and family have told us in prior interviews that what happened to Hannah can happen to anyone. Even though she and her boyfriend weren’t drinking, they were affected by those who were.

At the state level, lawmakers are trying to get Hawaiʻi’s blood alcohol level for violators lowered from .08 to .05.  If passed, Hawaiʻi would be only the second state in the nation, behind Utah with such legislation.