UNANIMOUS: Maui Under the Influence Tow Bill Signed Into Law 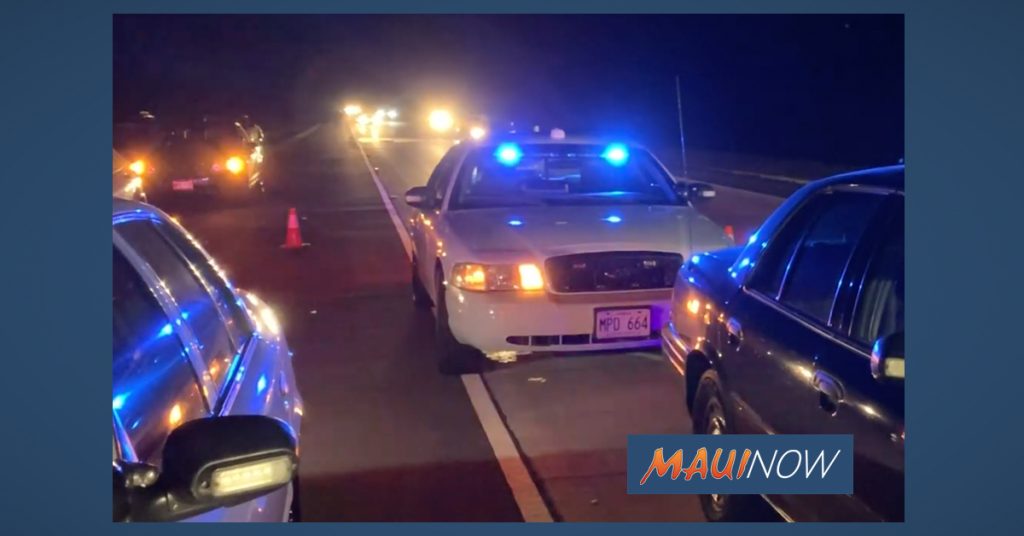 With five days until Christmas and already 22 fatalities on Maui County roads, lawmakers passed an ordinance today aimed at keeping the roads safe from drunk and impaired drivers.

The bill is modeled after Aliyah’s law on Hawaiʻi Island which is designed to deter motorists from driving under the influence by authorizing police to tow vehicles at the drivers or registered owners expense when they are arrested for a DUI.

“What sparked it was going to the sign waving in Kihei for the Jouvenat family that lost two members of their family to a drunk driver,” said Yuki Lei Sugimura, Maui County Councilmember and Chair of the Multi-Modal Transportation Committee.

She noted that the incident was one of 15 fatalities on Maui that were attributed to drunk or impaired driving this year.

“We cannot let another one of our friends, family and community members be hurt by these senseless acts. We are outlining tougher consequences that can save lives,” said Councilmember Sugimura.

To start the council meeting a ceremonial resolution recognizing the month of December as National Impaired Driving Prevention Month in Maui County was passed by the full council.

Lawmakers say the new law provides officers with another tool to deter motorists from getting behind the wheel while intoxicated.

The measure also applies to people driving without a license; driving while their license is suspended or revoked; arrested for fraudulent use of license plates, tags or vehicle registration emblems; or people who’ve habitually driven a vehicle under the influence of an intoxicant.

“When we investigate these crashes, we are the ones that first handedly deal with these families. We need to go to their parents, to their loved ones and explain to them what happened and tell them that their loved ones are not coming home. So that takes a toll on everyone, even us. So if we can have this tool to help enforce these laws and prevent drunk driving in any way, we’re going to support it,” said Maui Police Department Sgt. Gregg Rowe, with the Traffic Division.

Maui Mayor Michael Victorino wasted no time in signing off on the bill, which gained unanimous support from the council.  In signing the bill, Mayor Victorino said, “We need all the tools we can,” noting that he had been hit by a drunk driver before in an accident in which he was “laid-up” for six months. “I’m not afraid to say enough is enough, and it is enough,” said Mayor Victorino.

We’ve had far too many preventable tragedies on our roadways,” Mayor Victorino said. “Alcohol and drug use by motorists account for almost two-thirds of Maui County’s traffic fatalities. This is unacceptable, and we must do everything in our power to make our highways safe for everyone.”

“Council members and I share the conviction that ‘enough is enough.’ Together, we acted quickly to save lives on our roadways.”

Andrea Maniago with Mothers Against Drunk Driving was among those who lauded the passage. Her son, Kai’o Fukushima was just 16 years old when he died in a drunk driving accident in which he was a passenger. That was 10 years ago.

“Since then, I’ve just been trying to be as active as I can to bring awareness to drunk driving,” said Maniago.  “This is why I do what I do is because of the loss of my son and I don’t want anybody to ever have to lose a child or any loved one.”

“The bill passed because we see the urgency and it’s not acceptable that Maui has the highest rate of traffic related deaths in the state.  We’re going to lower that,” said Council Chair Kelly King.

The council and Mayor also endorse a state bill that seeks to lower the threshold of blood-alcohol concentration for impaired driving from 0.08 to 0.05. 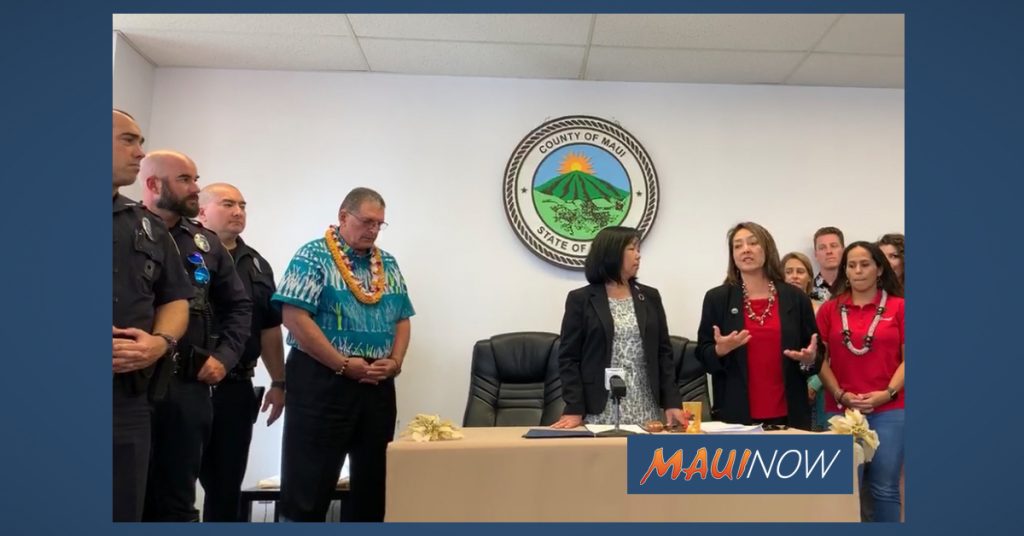