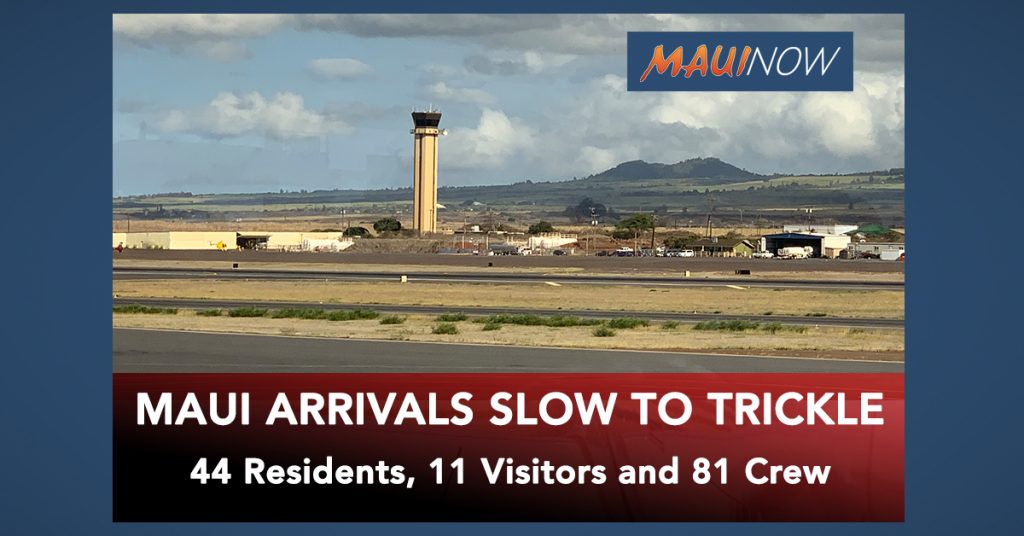 Passenger arrivals by air have slowed to a trickle on Maui on Thursday, the first day of the state’s 14-day mandatory self-quarantine for all incoming passengers.

Maui had a total of 136 passengers arriving on the Valley Isle, including 81 crew members, 44 residents and 11 visitors, according to new numbers compiled by the Hawaiʻi Tourism Association.

In Līhue on Kauaʻi, there were 18 arrivals–8 of them crew and 10 residents.

In Kona on Hawaiʻi Island, total arrivals were 109 passengers with 52 crew members, 39 residents and 18 visitors.

In comparison, last year at the end of March, more than 30,000 passengers arrived in Hawaiʻi daily, including residents and visitors.

*The table below provided by the Hawaiʻi Tourism Association, details the number of people who arrived by air on March 26th.