Two People who Landed on Maui, Sent Back to California 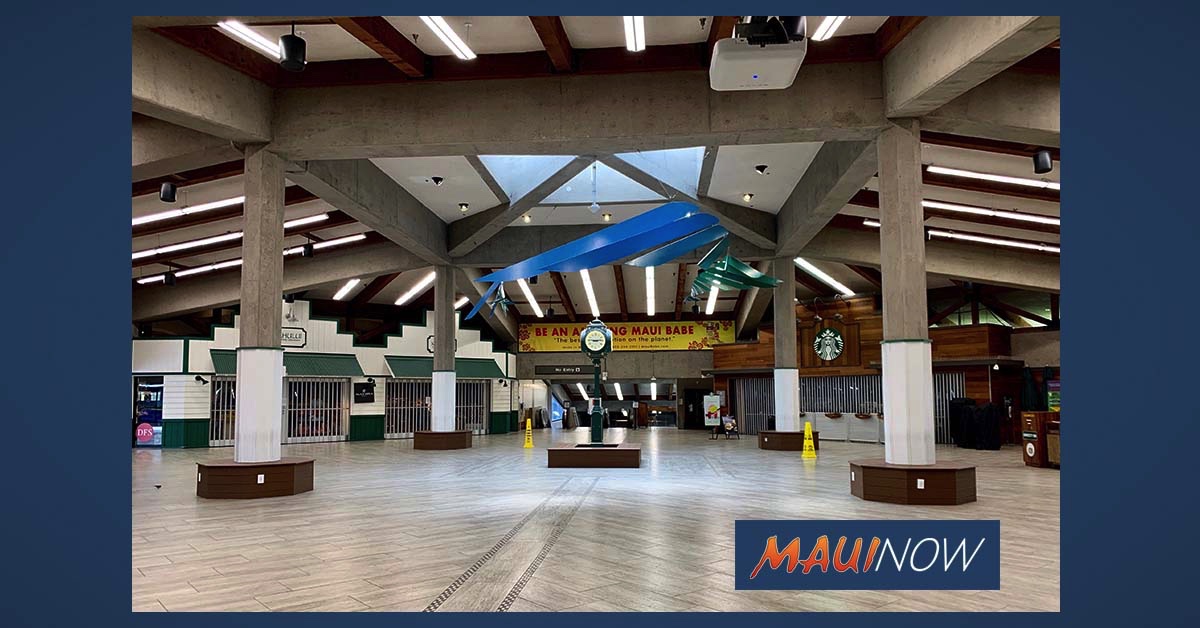 There are now 20 Hawaiʻi National Guard Personnel on the island that are assisting airport personnel in screening arriving passengers.

Maui Mayor Michael Victorino said there were two individuals who arrived on Maui on Monday from California with no intended destination.  They were given a choice to be arrested or go home and both decided to return to California.

“There was nowhere where they were going. One of them actually said that they were headed to the homeless resource center,” said Mayor Victorino during a press conference on Tuesday afternoon. “So two of them that would have been on the island of Maui, returned home and not clutter up and take assets away from our people here in Maui County,” he said.

Their airfare for their return flights were funded in part by the Hawaiʻi Tourism Authority.

Additional Guardsmen will be arriving on Maui in the near future. County officials say the Guardsmen will be screening travelers and airline crews with temperature scanners at airports on Maui, Molokaʻi and Lānaʻi. These units will be stationed at arrival gates and TSA security checkpoints.

Any traveler needing further assessment will undergo additional screening, and be placed in quarantine if necessary.

“I’m excited to see this program started and I believe it is another methodology of keeping people safe in Maui County,” said Mayor Victorino.

The Guardsmen will also be assisting other operations and emergency planning throughout the county, including the distribution of medical supplies.

At least three out-of-state travelers were arrested after catching flights to the Island of Kauaʻi during the mandatory quarantine orders issued for incoming travelers. More on that story here.