As of last night, 34 people at Maui Memorial Medical Center had tested positive for COVID-19. This includes two healthcare workers and one patient.

MMMC and DOH continue notifying any patients who may have had care at MMMC, but have since been released or discharged.

The number of positive COVID-19 cases across the state now stands at 504. However, the latest report shows one of the lowest numbers of new infections in several weeks, at five adults. DOH cautions not to read too much into the low number of cases, as it is likely a reflection of the rate of test reporting over the weekend. O‘ahu had two cases, Hawai‘i Island had one new case, and Maui had two cases.  None of the cases is hospitalized at this time.

Maui County has 2 new cases for a total of 86 confirmed positive. Of the 86 cases in Maui County, at least 40 have been released from isolation, and 7 have required hospitalization.

Mayor Victorino said, “As a reminder, our counts will continue to grow, I believe because of the amount of uptick in testing. We have done almost 1700 tests–almost 2,000 tests in the last week.  Starting tomorrow, we’ll kick off another round of testing throughout the county.”

Molokaʻi’s testing will take place on Tuesday, April 14, from 9 a.m. to 3 p.m. at the Mitchell Pauʻole Community Center.  All traffic MUST enter Ailoa Street via Kamehameha V Highway, between Kaunakakai Baptist Church and Kaunakakai School.

On Wednesday, April 15, 2020, testing will take place in West Maui at a drive through site located on the Honoapiʻilani Highway by Launiupoko.  (More details on direction of entry will be announced tomorrow afternoon). The first two hours between 8 and 10 a.m. are for first responders and health care workers only.  Starting at 10 a.m., testing is open to the general public.

Food Distribution is planned on Thursday, April 16 in West Maui at the same location as the drive through testing from the day before–on the Honoapiilani Highway in Launiupoko. (More details on direction of entry will be announced tomorrow afternoon). 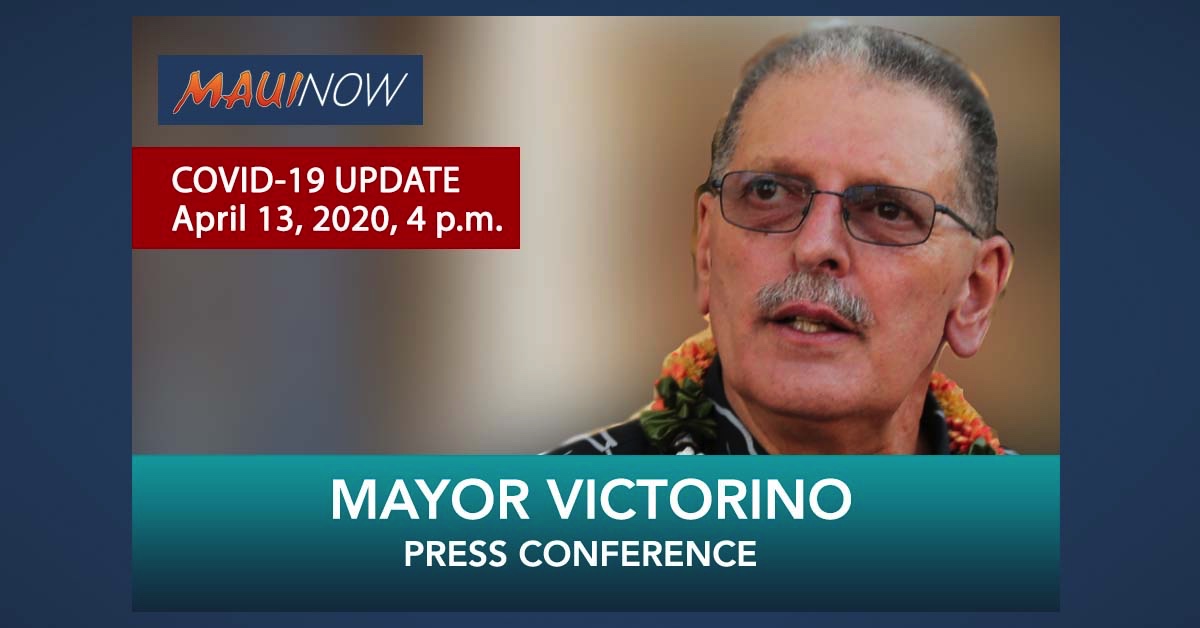