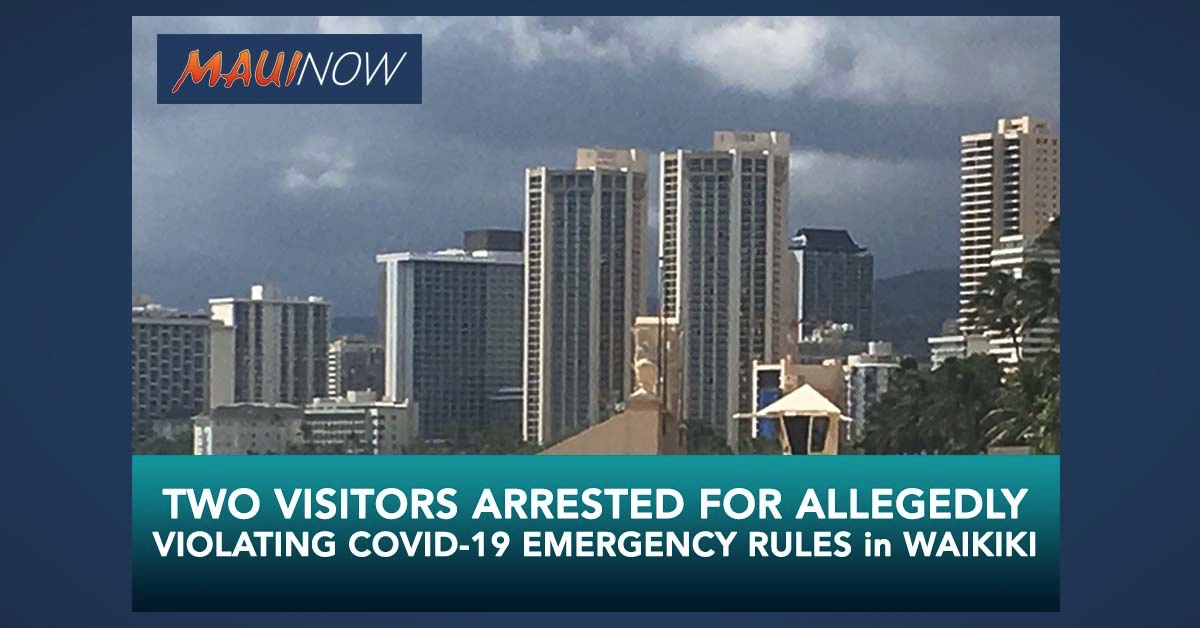 A 34-year-old woman from Las Vegas, Kimberly Kim Tien and a 33-year-old man from Sydney, Australia, Edwin Htun were arrested this morning for allegedly violating Emergency Rules in place during the COVID-19 pandemic, according to the Hawai‘i COVID-19 Joint Information Center.

The pair were reported by a manager at the LayLow Waikīkī Hotel, after being notified by an “irate” citizen that Tien was allegedly “posting on Instagram showing her being out of her hotel room in violation of the State’s 14-day-self-quarantine law for people arriving in Hawai‘i.”

Special agents from the Department of the Attorney General interviewed staff at the hotel and obtained records that showed that the pair repeatedly left their hotel room from the day they arrived on April 15 through yesterday, state officials said.

Tien and Htun were arrested at 8:45 this morning, were booked and taken back to their hotel to complete their quarantine period.

Since Htun is an Australian citizen, authorities notified the embassy of his arrest. 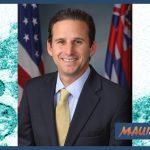 ARTICLE COMMENTS ( 13 )
This comments section is a public community forum for the purpose of free expression. Although Maui Now encourages respectful communication only, some content may be considered offensive. Please view at your own discretion.
I Understand, Show Comments