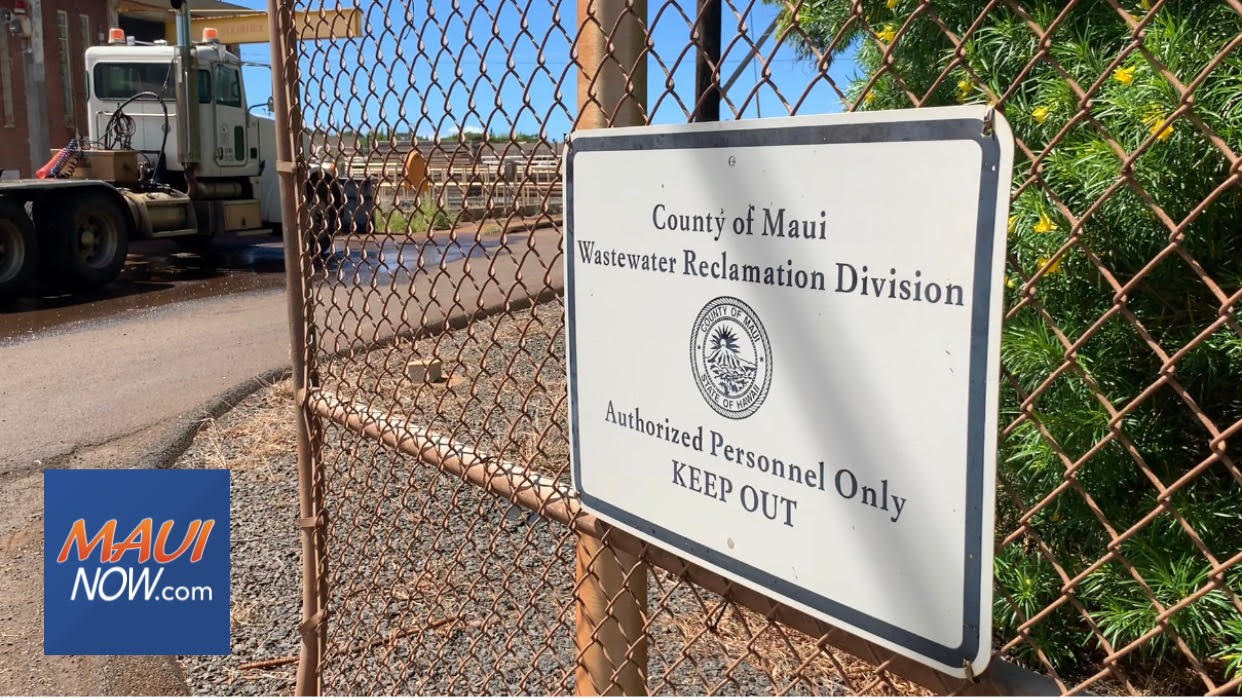 The US Supreme Court today issued a ruling on the Lahaina injection well case which requires the federal government to regulate groundwater pollutants that find their way into navigable waters, such as oceans.  The case focused on discharge from the Lahaina Wastewater Reclamation Facility.

State Representative Angus McKelvey (District 10 – West Maui, Māʻalaea, North Kīhei) said, “The 6-3 ruling makes it very clear that the Clean Water Act requires a permit for the nitrogen rich discharge from Maui County’s injection wells that make its way into the near shore ocean waters.  The Courts ruling also dispels the claim that the clean drinking water standard is not the standard to be solely applied.”

Maui Mayor Michael Victorino also issued a statement noting that the ruling effectively sends the matter back to the lower court. “This ruling is a step toward the clarity we have advocated for. The Supreme Court agreed with the County of Maui that the 9th Circuit ruling was too broad and could possibly affect millions of homeowners with septic systems,” said Mayor Victorino.

Mayor Victorino said the Supreme Court also confirmed that discharges to groundwater are the responsibility of the states, which he said allows the county to address the problem at a local level.

“What this means for Maui County is – as we have said all along – that the County has and will continue to work with our state regulators to follow the rules and regulations as Congress set them out.  It is important to note that the Court did not rule that the County needs an NPDES permit. It set up factors for agencies to consider in determining whether a permit is required. We look forward to further clarity from our local regulators and working collaboratively to protect our waters.”

Rep. McKelvey offered a different perspective saying, “I applaud the new test created by the Supreme Court because it makes it clear that the County needs a permit for their injection wells, while ensuring homeowners and others won’t have to go through any type of federal permits insofar as the Clean Water Act goes. Although the test would scale back on a lower court’s previous ruling, it is significantly broader than the position the County and the Trump Administration had taken in arguing for no such permits.”

According to McKelvey, permits will be required for the discharge of pollutants that reach navigable waters via groundwater, if the discharge is the “functional equivalent” of direct from the source, as with the Lahaina Wastewater Reclamation Facility.

“While it was argued that requiring permits for discharges of pollution through groundwater into navigable waters would vastly expand the scope of the Clean Water Act, the Court was on point in noting that the EPA has applied such permits to discharges like the ones with the Lahaina Wastewater Reclamation Facility for over 30 years,” McKelvey added.

Maui County Councilmember Kelly Takaya King is among those who fought to settle the case before it headed to the Supreme Court and called today’s ruling “a huge victory for the environment.”

“While it is one day after the 50th Anniversary of Earth Day, our planet could not have received a better gift than the Supreme Court upholding the Clean Water Act in its decision against the County of Maui,” King said.

“As a Councilmember, I understand that this decision reflects the will of the people of Maui, as evidenced by the thousands who signed petitions and testified at County Council hearings.  I’m so proud to have led the Council that voted to settle the case and withdraw it from the Supreme Court docket. Had the Mayor signed the settlement agreement, the County could have saved millions in court and attorney fees; however, the decision is now an extra nationwide protection against water pollution,” said King.

“Now let’s get back to focusing on the solutions and not lose sight of the importance of environmental protection even in these lean budgetary times,” said King.

“With all the stressors and bad news of the COVID-19 in the media, I was thrilled to get this piece of good news this morning because this has been such a critical issue for me personally, as well as for Maui and across the country,” Rep. McKelvey said.