640 People Arrive in Hawai‘i on Thursday, No Trans-Pacific Flights to Maui 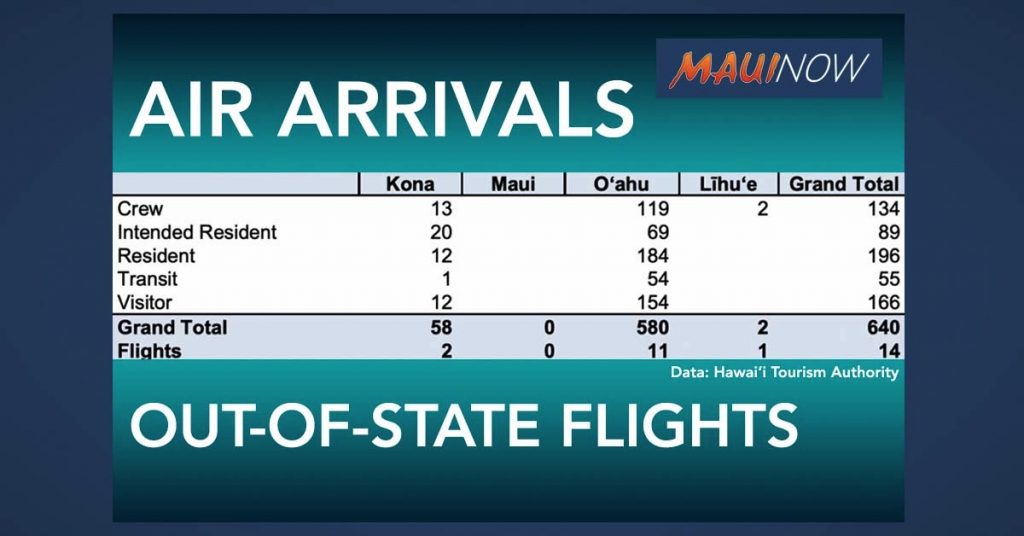 Yesterday a total of 640 people arrived in Hawai‘i including 166 visitors and 196 residents. There was a total of 14 arriving flights. Maui had no trans-Pacific flights on Thursday, April 30, 2020.

Thursday marked five weeks since the state’s mandatory 14-day self-quarantine started for all passengers arriving in Hawai‘i from out of state.

DBEDT is reporting the following interisland passenger numbers for Hawai‘i airports for Wednesday, April 28, 2020. (Interisland data is delayed compared to state numbers, which are more current). 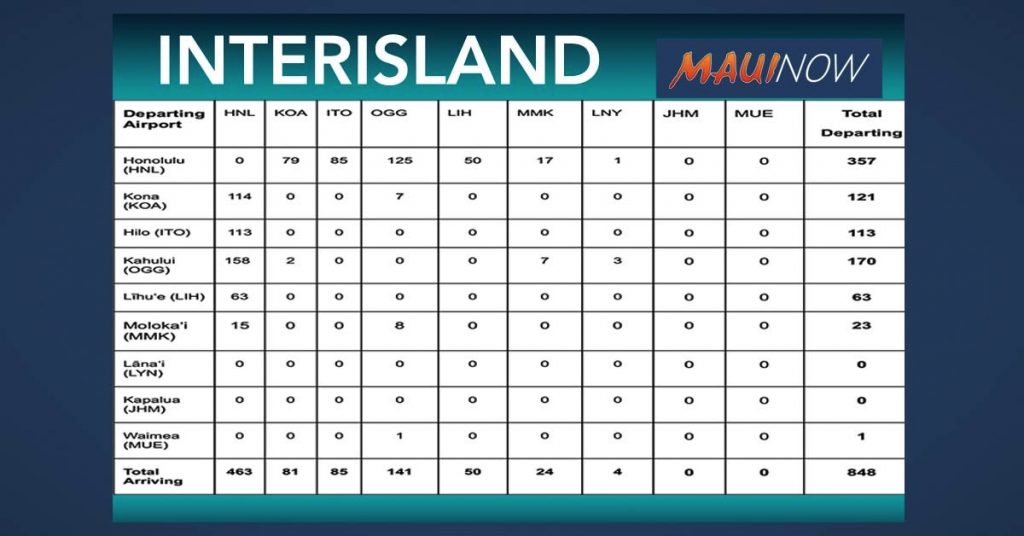