857 People Arrive in Hawai‘i on Saturday, Including 255 Visitors 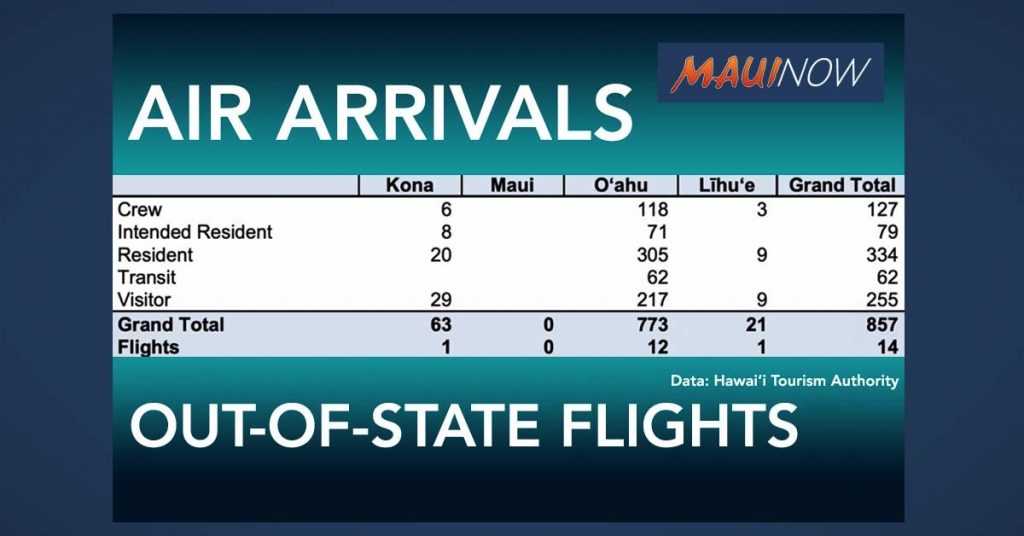 On Saturday, May 9, a total of 857 people arrived in Hawaiʻi including 255 visitors and 334 residents, according to new information compiled by the Hawaiʻi Tourism Authority. While passenger counts continue to rise, there were no trans-Pacific flights to Maui on Saturday.  The island continues to see an average of 3 to 4 domestic flights from the mainland per week as a result of reduced flight schedules.

Majority of the people who flew to Hawaiʻi yesterday arrived on Oʻahu. The following tables show what the Oʻahu visitors indicated as the purpose of their trip and their type of accommodation, and they can choose more than one. This data was collected from the HTA survey on the back of the Hawaiʻi Agriculture Declaration Form. People are not mandated by law to fill out the survey so some are left blank. 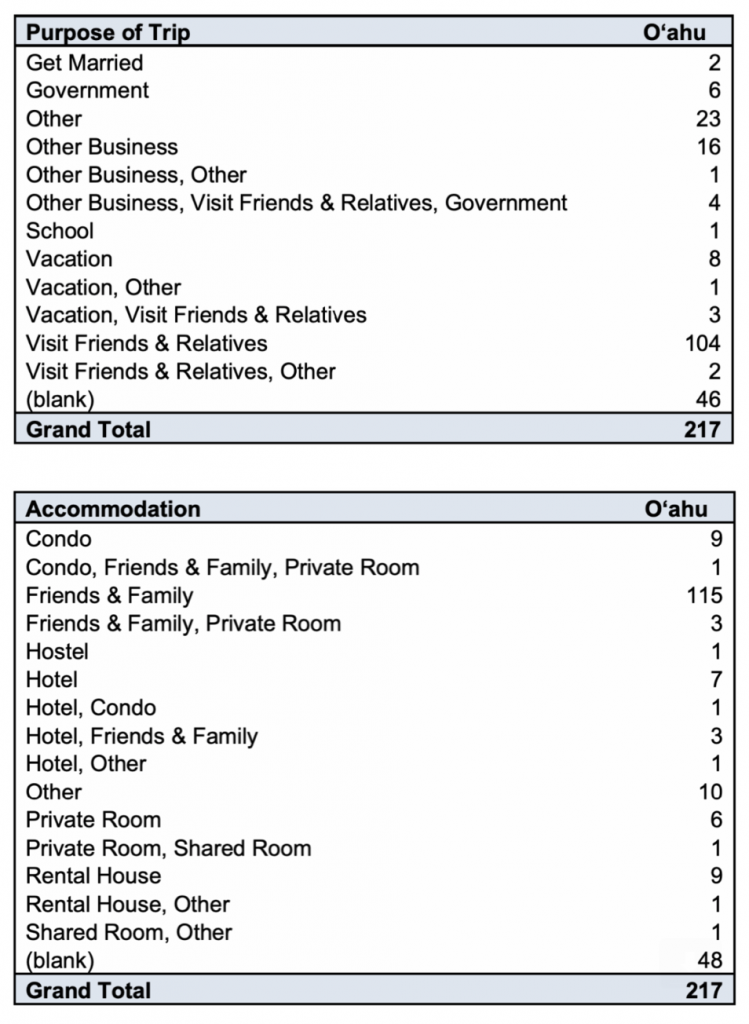