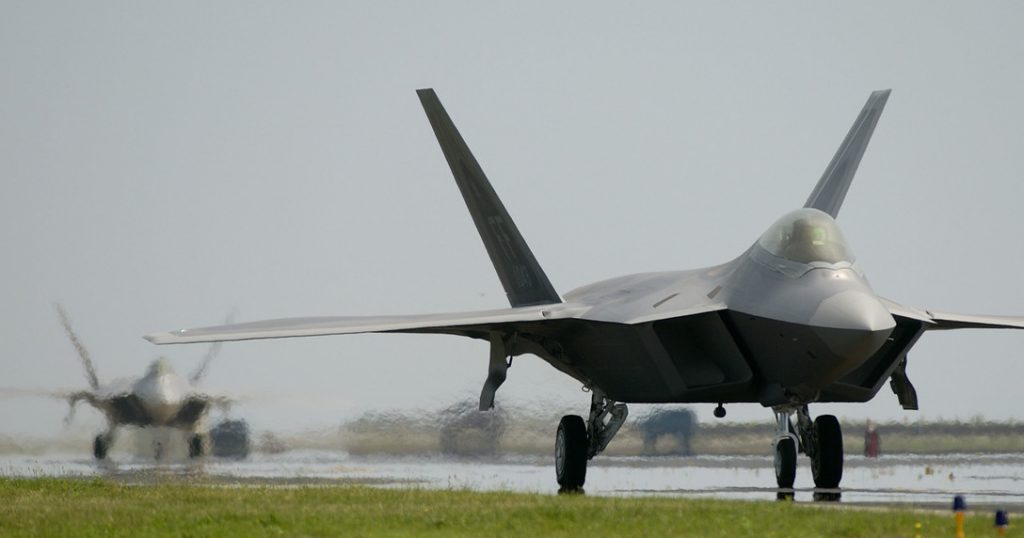 Air Force officials have received authorization from Congress for more F-22 Raptors. Some 90 Raptors have been delivered to the Air Force to date. The 478th Aeronautical Systems Wing at Wright-Patterson Air Force Base is overseeing the production, delivery and fielding of addtional F-22s. (U.S. Air Force photo/Tech. Sgt. Ben Bloker)

The Hawai‘i Air National Guard and 15th Wing Active Duty Airmen from Joint Base Pearl Harbor-Hickam will perform a flyover throughout the State on Thursday, May 14, beginning at around 11 a.m.

The flyovers are scheduled above most of Hawai‘i’s large hospitals and major metropolitan areas in a salute to all frontline workers battling COVID-19, as well as those staying home to “flatten the curve.”

The flyover will reach Maui County with a KC-135 Flyover at Molokaʻi General Hospital at 11:53 a.m. and will conclude with a pass over the Maui Memorial Medical Center at 1:24 p.m. *(Flight times are approximate and subject to change due to weather and maintenance). 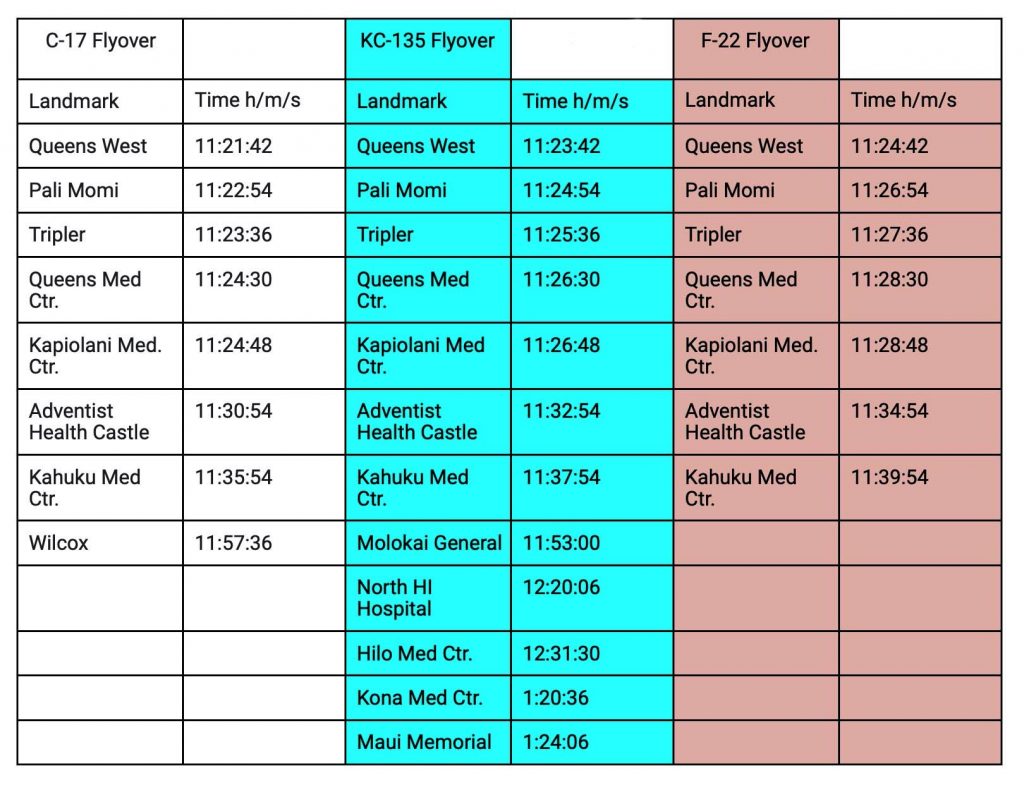 The flyover will feature all locally-based U.S. Air Force planes, including a C-17 Globemaster III, a KC-135 Stratotanker and a four-ship flight of F-22 Raptors.

The National Guard says these aircraft were already scheduled for training flights, so the flyover comes at no additional cost to the taxpayer.

The flight path was coordinated with Hawai‘i State officials as well as members of the Federal Aviation Administration. The altitude of the flyover will vary between 2,500 and 3,000 feet above ground level.

“This event will recognize the hard work that everyone in Hawai‘i has already accomplished to keep Hawai‘i’s COVID cases among the lowest in the United States, while also acknowledging the need for continued vigilance, and our obligation to those in our community who will require continued assistance,” said Brig. Gen. Dann S. Carlson, 154th Wing Commander. “These flyovers are meant to provide hope and reaffirm confidence in our state and nation while emphasizing the Air Force’s enduring commitment and support to the people of the State of Hawai’i.”

State officials advise that onlookers “can watch from the safety of their homes while adhering to social distancing guidelines and should refrain from traveling to see the flyover.” The frontline workers, at the hospitals listed below, are also encouraged “to witness the flyover outside their facilities, but citizens should also follow Governor David Ige’s order to maintain social distancing and avoid large gatherings.”

Inspired by the Air Force’s Operation American Resolve Salutes campaign, the flyover is intended to provide a salute to all the healthcare professionals, frontline responders, and essential personnel working to keep everyone safe and healthy during these unique times.

The F-22s are operated by the Hawai‘i Air National Guard and Active Duty partners in the 199th and 19th Fighter Squadrons. The fifth-generation fighter incorporates stealth technology, radical maneuvering capabilities, the ability to fly at supersonic speed without afterburners and unprecedented pilot situational awareness, making it the most dominant and advanced air superiority fighter in the world.

The C-17 is known to be the Air Force’s most flexible cargo aircraft and is locally operated by a total-force team from the 535th and 204th Airlift Squadrons. It has the ability to perform tactical airlift and airdrop missions in support of global humanitarian/disaster relief, while delivering medical supplies and personnel, and can transport stretchers and ambulatory patients during aeromedical evacuations. Hickam’s C-17s have been utilized frequently over the past several weeks to deliver medical supplies to and from the continental US and to transport Hawai‘i National Guard Joint Task Force personnel and equipment to the islands.

Once the planes fly over Kahuku on the island of O‘ahu, the routes will diverge with a C-17 proceeding to Kaua‘i and a KC-135 diverging east towards Moloka‘i, Lāna‘i, Hawai‘i island and Maui. The F-22s will peel off to the north to continue with regularly scheduled training.